A Sketch Design for a complex spatial development of the Riga Central multi-modal public transport hub in Riga and construction of the Rail Baltica Railway Bridge over the River Daugava. The Sketch Design should include functional and architectural solutions for rebuilding and expansion of the Riga passanger station, architectural and design solutions of levelling of the existing railway embankment and construction of a new overpass, structural design of the Rail Baltica Bridge over the River Daugava, master plan solutions for the entire development of the Competition area.

To obtain the most appropriate Sketch Design for the central multi-modal public transport hub in Riga and the Rail Baltica railway bridge in the territory encompassing the historic central railway station of Riga and its infrastructure, the embankment from Dzirnavu iela to Krasta iela and the planned Rail Baltica railway bridge over the River Daugava.

1. At least one sketch design or project relates to a multi-modal public transportation hub in urban environment with at least 5 million served passengers per year;

2. At least one engineering solution relates to a multi-modal bridge and/or transport overpass design in urban environment;

3. At least one project relates to UNESCO world cultural and natural heritage territory or culturally historical urban environment (this requirement is justified by a fact that the territory of Sketch Design is located within UNESCO world cultural and natural heritage site “Riga Historical Centre” (RVC) (state protection No. 7442), within UNESCo world heritage site No. 852 “Riga Historical Centre” and its protection zone). Average annual financial turnover of Competition Participant in the area of construction design within the last three years (2013, 2014, 2015) was at least EUR 500 000 (five hundred thousand euro).

Sketch Design proposal, which is prepared and drawn up in compliance with the Competition Brief, must be submitted in one copy to Responsible Jury Secretary Ms.Ilze Lukstiņa until 12:00 p.m. of 07 November 2016 at Gogoļa iela 3, Riga or another address that will be announced to Contestents in timely manner Sketch Design proposal must contain the following information:

1. Sketch Design, which is prepared in accordance with requirements set forth in Clause 10 of the Design Program in physical, printed form and in electronic form saved on CD-R, DVD or USB. In order to ensure anonymity of Competition Participants, the Sketch Designs must be submitted in a closed package, marked with a motto which consists of a combination of four letters and four digits and which grants the Competition Participant unclear identity and does not provide any indications of a personality of the Sketch Design author.

2. Transcript of the motto (string of letters and digits) in a form detailed in Appendix 5 to this Agreement, which contains information on the author (authors) and:

–       qualification documents of the Competition Participant,

3. Explanatory Notes of the Sketch Design.

Total prize fund of the Competition is 150 000 EUR, including all taxes and duties:

1.First prize winner will be considered as the Competition Winner and will be awarded the prize of 80 000 EUR, including VAT; 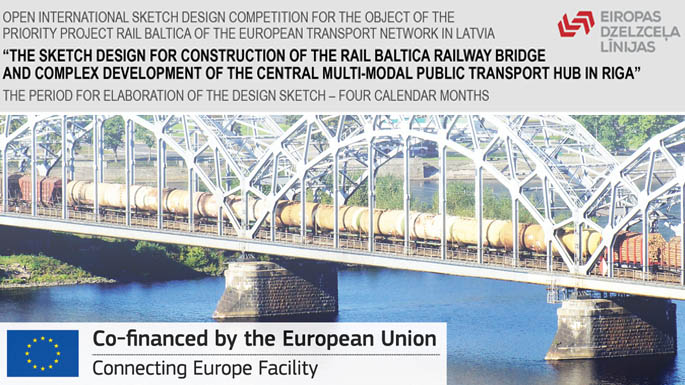