This open architectural competition seeks entries from Architects, Designers, Students of related disciplines, and other associated professionals to develop proposals for an area of 8 square kilometres to the east of the town. The proposals could cover the entire area, or form a series of interventions within the site boundary.

Port Royal and the Eastern Town sit within the Devon seaside town of Sidmouth with a population of 12,569. The competition site encompasses an area that has been much contested locally, with several local community groups having been involved with, or producing schemes for, alternative visions for this part of the town.

The proposed site includes a variety of stakeholders, and land in multiple ownership, including but not limited to Devon County Council, East Devon District Council, South West Water, and individual local landowners.

The future of this strategic local asset is unclear, and during the last decade the site has become somewhat maligned. This competition aims to inculcate new thinking for this part of the south-west, not just architecturally, but also economically, socially, and environmentally. The site encompasses an area facing several strategic challenges; economic austerity, an aging population, nuclearisation resulting from the pull of urban centres, rising tides, and coastal erosion. Once rival only to sister town Brighton, Sidmouth was an exclusive Regency resort typified by impressive views, landscapes, and Georgian architecture, could Sidmouth use the redevelopment of its Eastern Town to redefine itself?

A jury will produce a short-list of 5 entries, which will then be exhibited and put to a popular vote.

The competition opens on Friday 18th March, although registration before is possible. The brief, site plan, and other project information will be emailed to the address supplied. The cost of entry to the competition is £50. The submissions will be made digitally by Friday 24th June at midday.

The competition is being administered by RBM Architects on behalf of the Eastern Town Partnership. If you have any technical questions regarding this website please email enquiries@rbmarchitects.com 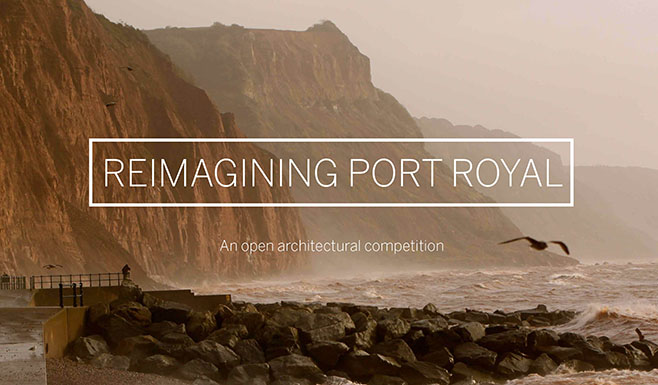