Archstorming, an architectural platform that organizes international humanitarian competitions, has released the results for the Ethiopian Satellite Preschools contest. In this competition, participants were challenged to design a school for the NGO Abay Ethiopia, a non-profit organization from Spain that operates in Walmara, Ethiopia, with the aim of fighting against poverty and promoting equal opportunities, mainly through the development of Education, Health and Community support projects in general.

In this competition Abay wanted to support the towns of Hiddi and Dillu with the construction of two preschools in these villages. The new schools will consist of an initial construction of 4 classrooms, latrines, a covered courtyard and an open courtyard. Also, the proposals should include the option to add additional spaces such as a multifunctional space, kitchen, dining room or a corral.
Expert judges with experience in Africa, such as Rita Rawashdeh from Jordan, Samista Jugwanth from South Africa, or Alpha Yacob from Ethiopia thoughtfully selected the five winners and ten honorable mentions of the competition. 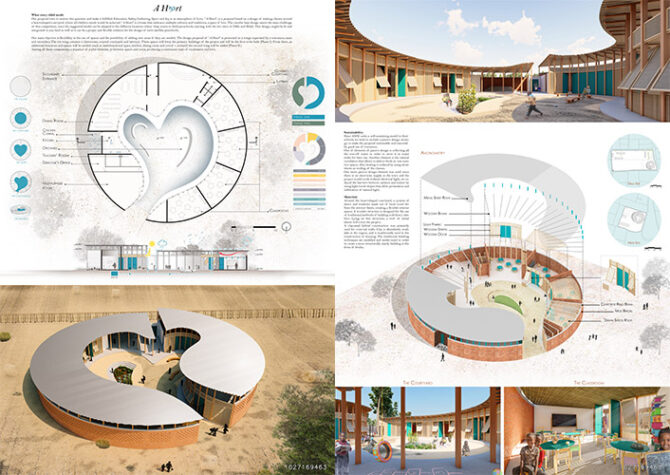 Our proposal tries to answer this question and make it fulfilled: Education, Safety, Gathering, Sport and Joy, in an atmosphere of Love. ‘’A Heart”, is a proposal based on a design of making classes around a heart-shaped courtyard, where all children needs would be achieved. “A Heart” is a home that embraces multiple cultures and traditions, a space of love. The circular base design meets the main challenge of this competition, since the suggested model can be adapted to different locations, where Abay wants to build preschools, starting with two sites of Dillu and Hiddi. This design might be fit and integrated in any land as well as it can be a proper and flexible solution for design of such satellite preschools. Our main objective is flexibility in use of spaces and possibility of adding new areas if they are needed. The design proposal of “A Heart” is presented as 2 wings separated by 2 entrances, main and secondary. The 1st wing contains 4 classrooms, covered courtyard, and latrines (Phase I). From there, as additional functions and spaces will be needed (such as multi-functional space, kitchen, dining room and corral + orchard) the second wing will be added (Phase II). 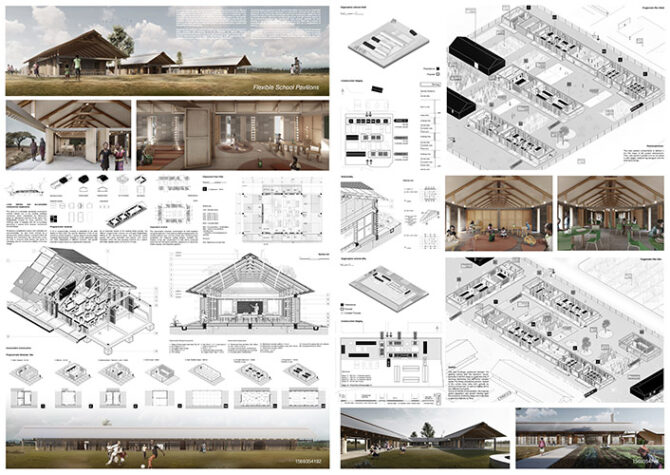 A kit of programmatic modules is presented to be used flexibly by Abay NGO. The specific objectives of this kit are achieving: greater flexibility in space usage to accommodate changing requirements, diversity in cluster generation that can allow adaptability to different enclaves, and growth potential to keep improving programmatic response.
As an improved version of the existing linear pavilion, the different programmatic modules are arranged longitudinally. Adding to the educational space new entrances, roofed spaces with open perimeter, and exterior and interior circulation paths, the new grouping functions as a system with better spatial quality and dynamic of uses. 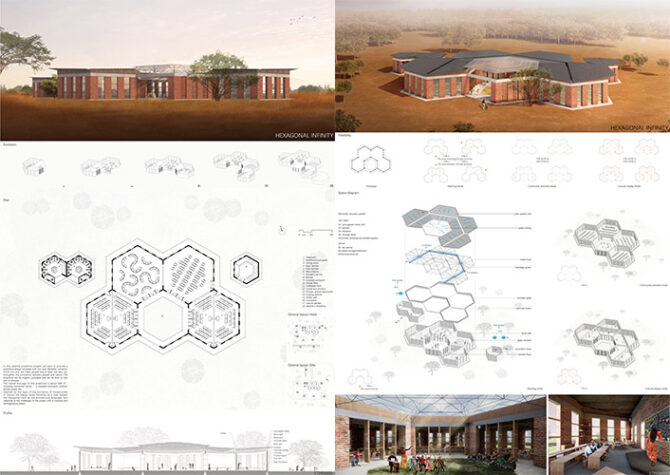 Inspired by the logic of the formation of honeycombs in nature, the design takes flexibility as a clue, adopts the hexagonal motif as the architectural language, and responds to the challenges of the project with a modular and homogeneous space.
Hexagon – This shape is the most common form in nature and offers the dual advantages of “full filling” and “optimal efficiency”. The hexagonal motif can be developed and combined by stages according to needs, and its honeycomb-like form can adapt to the site of different shapes. 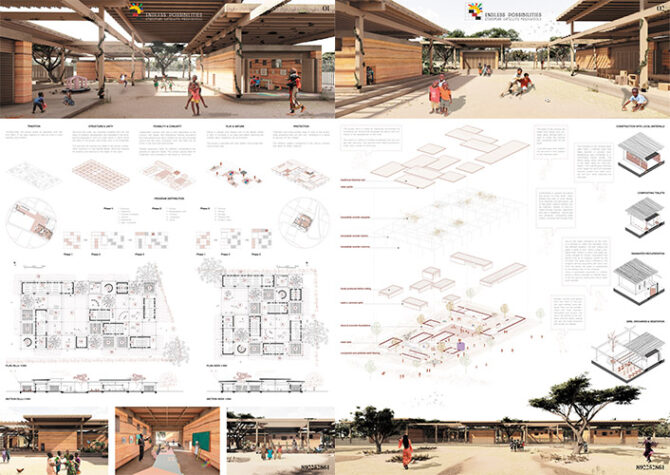 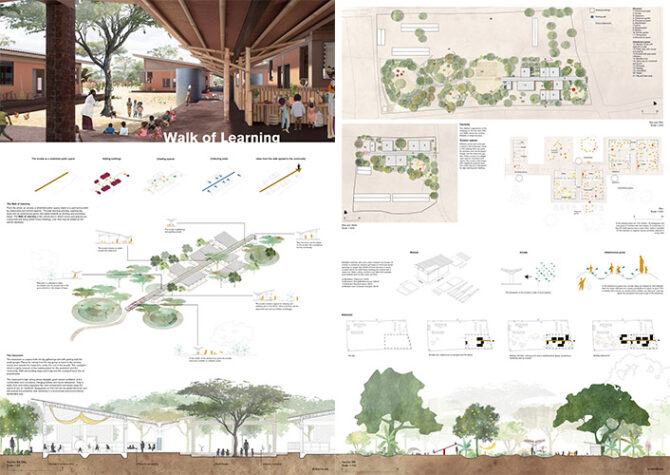 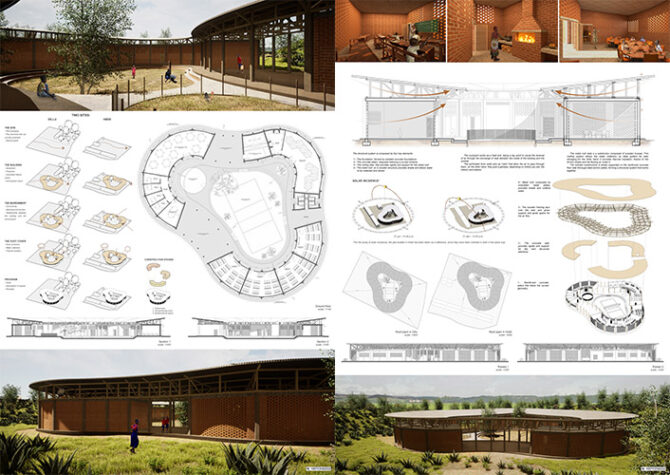 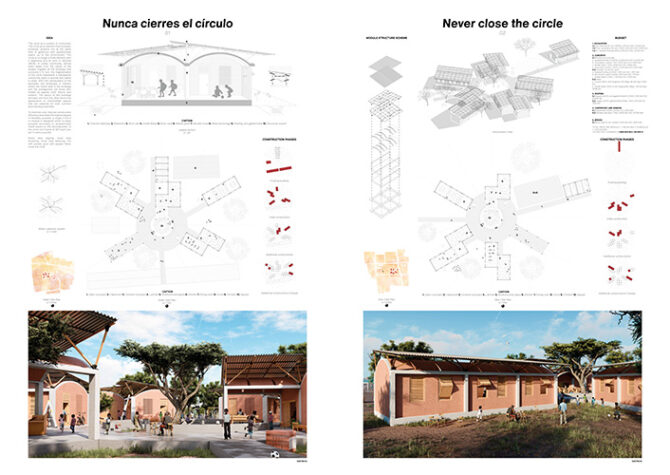 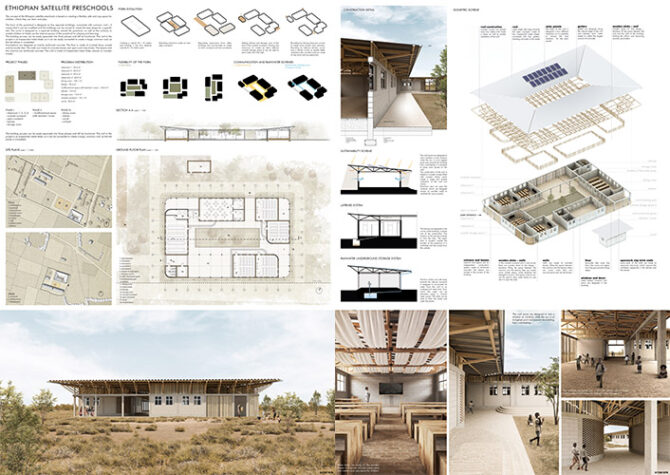 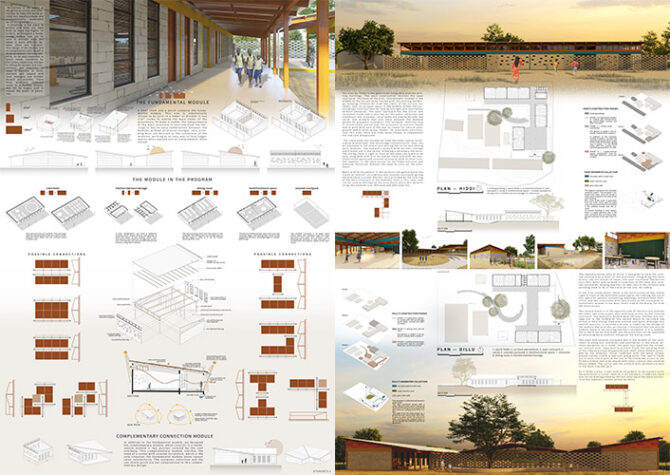 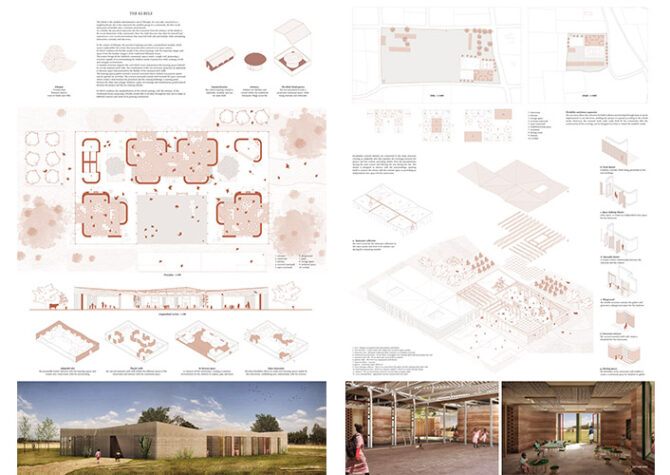 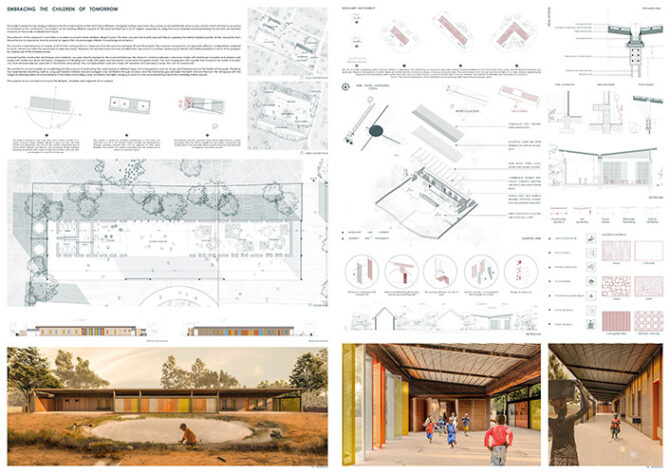 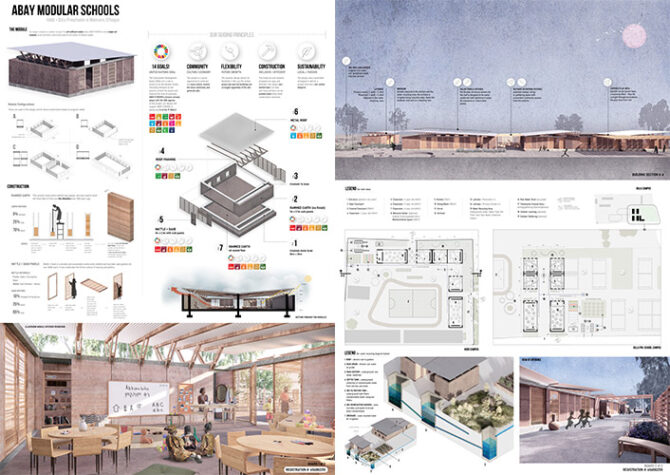 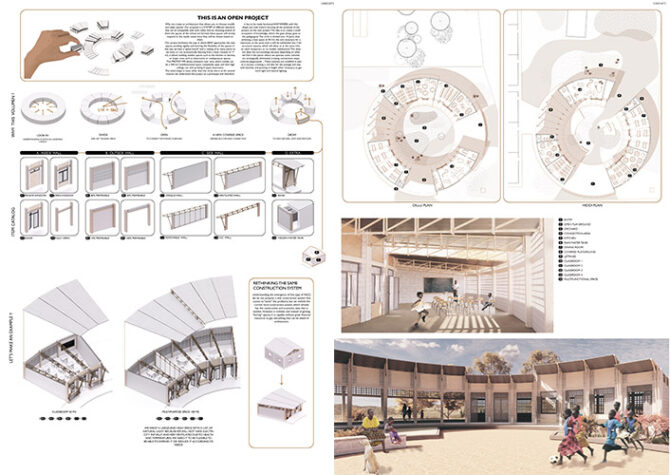 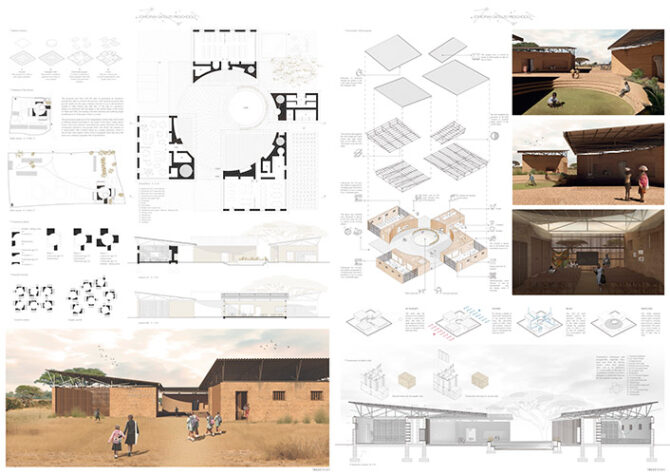