When the word “nature” is named, it comes to mind images of wild landscape, with a great chromatic quality where the green color is predominant. In fact many times this way of understanding nature is the most similar to what we understand as life. On the contrary, when we name the word desert, we relate it immediately to death and therefore we never identify it with a rich nature but with a dead nature where life is not possible. The survival is not only a challenge but a constant and exhausting lifestyle.

It is true that the qualities this natural environment offers complicate life, mainly because of its temperature changes that reach up to 50 degrees in one day, with temperatures below zero on most nights. But it is also in these nocturnal hours when all the fauna of the place looms from its shelters.

In a very direct and brief way we could explain that the Sahara is the largest warm desert in the world and the third largest after Antarctica and the Arctic. With more than 9 065 000 km2 of area, it covers most of North Africa occupying an area almost as large as that of China or the United States. The Sahara extends from the Red Sea, including parts of the coast of the Mediterranean Sea, to the Atlantic Ocean.

All this extension can not be considered as a flat or wilderness as it develops deep dissected mountains as well as mountain ranges, some of them volcanic. River are mostly seasonal or intermittent, the only exception is the Nile River, which crosses the desert from its birth in central Africa to its mouth into the Mediterranean. Underground aquifers can sometimes reach the surface, forming oasis rivers. And dunes, of course, which can reach a height of 193 meters.

INHABITANTS OF THE DESERT

In order to develop a dwelling in the desert we must certainly take a look at all those peoples who for centuries have lived in the desert and are a clear example of subsistence within this particular region. The villages Tueareg.

The Tuareg peoples, when moving, cover both their needs and their animals’ needs, because they live in large family units that carry large herds under their care.

The tent of a nomad is a structure, a set of necessarily light and transportable elements, easy to manipulate, adapted to the territory where they must settle, that acquire meaning when they are assembled and conform an interior space, the domestic space. The store is not an inert structure that occupies itself in an unconscious way, as it happens in the houses of the Western world, in which the space enclosed by walls is given from the beginning and remains unchanged, but constitutes a body that must be formed at the end of each displacement, always preserving the characteristics that make it a comfortable and intimate place. The tent isolates humans from the vast desert space and infinite skies, protecting them in their integrity and warmth.

The competition consists of the realization of a project that provides a new concept of housing in the existing environment based on the concepts of use of passive techniques that will provide a home with comfort and sufficient architectural quality.

It is proposed to intervene in this singular space, being at the participant’s choice to locate where he prefers within this natural setting. The enclave does not have physical barriers that separate the area of action from the rest, that is, it will be possible to define the limits of the intervention.

The materials, techniques used to exploit the energy must be consistent with the medium being in essence a (re) evolution in what the “Tuareg stores” represents.

Because the homes of nomadic societies function as small family communities, housing should be developed that forms a small community nucleus of several families. This does not imply that different housing must be developed, but rather the possibility of different family unions or groups involving an expansion of housing. Therefore, the flexibility of housing should be taken into account.

The proposed program may include all the spaces that the participants consider necessary, where the minimum units are:

The project must be a unique place that produces its own identity in the area and that proposes a need to take care of the existing environmental balance.

The proposal must dialogue with the landscape and nature and that relates its inhabitants with this particular environment, where even the materials can be local and according to the environment or place.

This program is orientative and can be modified by the contestant.

Project freedom is absolute and the area of intervention is free, this contest proposes that the participant investigate the forms of intervention in a singular landscape – Study limits, scales, views, access, materiality are the keys to follow.

Being a contest on ideas, the participants are free to modify the given surfaces. This report must be taken as a reference for the necessary spaces so that the project is practical and as a measure for the total dimensions of the project. The participants can suggest new areas not included in this document, as deleting and combining some of the already mentioned. 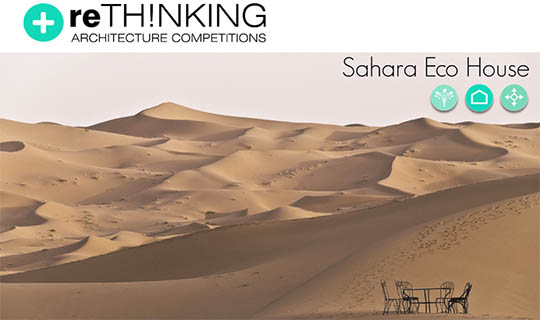