Paris, the capital of France has been inhabited since the beginning of 3rd Century BC along the banks of the river Seine. It started as the hub of trading center which eventually led to its growth as a metropolis.

By mid-18th Century, it became densely populated with a cityscape that had not changed since the middle ages. Napoleon III hired Hausmann for one of the largest urban transformations. Consequently, he built the first transport network encircling Paris, transforming it from a medieval town to an industrial center of 19th Century.

This railway network, known as Petite Ceinture, initially made for transporting goods, functioned for over 70 years (1862 to 1934), making a tremendous impact on the development of industry during this course. During the overlap of a better urban transportation network, the existing railway line Petite Ceinture encircling the city became defunct as people opted for a faster option. and by the year 1934 it was officially shut. It turned the railway line space and stations into urban voids.

The tracks and stations of Petite Ceinture which once formed a part of the city fabric are now left with its mere traces and long abandoned spaces. With time, these were hidden by plantation, and is now an overgrown vestige.

The future of this extensive deserted network is still uncertain and looking for a timeless solution.

Petite Centurie is just one of the obsolete areas of Paris. Defunct Industrial towns, warehouses, malls etc. have a similar fate in many urbanscapes once their use is completed. Yet, due to its prime location it still drives the interests of the residents and localities living around.

The linearity of space makes it a challenge for urban planners and designers at large to utilize the area without uprooting the essence of railway tracks, i.e. the purpose of its existence. It expects the designers to explore a new breed of public spaces.

Brief: The challenge here is to design and augment a part of the public space by converting it into community platform near the historical Ornano St. which has a pre-existing garden and Restaurant (Le Recyclerie and Jardins du Ruisseau) that attracts visitors and local commuters looking for a local collaborative area.

First Prize: 5000$ (For students and professionals) 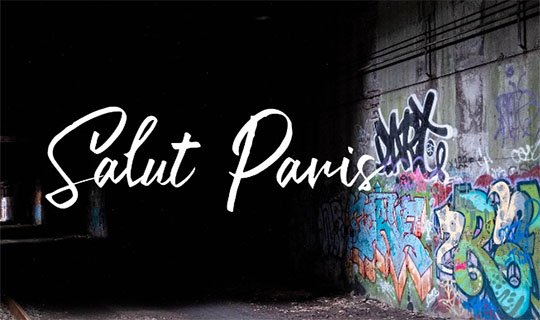