For this challenge, we move to California, in the beautiful city of San Francisco. The city is the USA’s most sought after real estate location and its Bay Area is today leading the way for innovative technologies and new urban models for the future. However, San Francisco is also home to the Tenderloin, one of the most distressed and dangerous neighborhoods of the USA.

High levels of drugs, crime, prostitution, homelessness and violence are every-day realities in this neighborhood. Locals and tourists alike are strongly advised to avoid the area even in broad daylight and the police are often too scared to intervene without heavy backup by their side.

Ironically, the Tenderloin sits at the geographical heart of San Francisco, next to some of the most fashionable and desirable districts the city has to offer. Despite the vicinity to affluence, this part of the city remains isolated, existing as a dystopian urban island.

Herein lies both the opportunity and the challenge. The Tenderloin is an area of huge untapped potential waiting to be discovered, but the question remains: how do you solve a problem like San Francisco’s Tenderloin? Can it be turned into a model-district of the future, paving the way for a new age of 21st century inner-city regeneration to flourish?

Eleven calls thinkers, architects, designers, students and multidisciplinary teams from around the world to design innovation by submitting a proposal for turning one of the most deprived, dangerous and disconnected areas in the USA into the neighborhood of the future.

The challenge will seek a winner, a runner-up and six honorable mentions with a total cash prize of £4,500 to be won as well as lots of media goodies! The awards will be selected by a prestigious roster of judges from renowned academic institutions, architectural studios and magazines. The general public will also be given a chance to vote for their favorite entry, who will win the People’s Choice Award.

The competition will kick-start a series of global spin-off events which include international exhibitions and publications.

This challenge is in support of the San Francisco charity Project Night Night, helping homeless children dream of a better future.

The challenge was officially announced at the opening night of Eleven’s Cambodia Exhibition [http://www.eleven-magazine.com/2016/01/22/3105/] – a three-week long exhibition in Covent Garden, London, in association with the Architectural Review, hosted by KPF – on the 21st of January. ‘San Francisco 2016’ is open for registration from the 11th February until the submission deadline of the 11th May, with winners announced on the 11th July.

Each participating team is asked to submit two A1 sheets accompanied by 500 words text introducing their design. Physical models are optional but encouraged. All proposals are to be submitted online by Wednesday 11th May 2016. 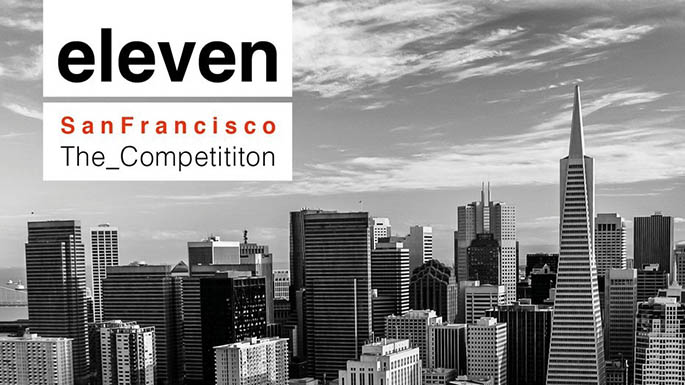