The country of South Africa has been renowned worldwide for its mineral wealth, both in diversity and its sheer abundance. Among the many resources originating from Africa’s mineral fertile soil, South Africa provides roughly 80% of the world’s supply of precious metal, contributing to billions in the nation’s GDP. However, the human cost of the mining of platinum over decades at the end has been extraordinary, serving as a microcosm of the entirety of the problems associated with the mining industry the world over.

The platinum rich Bushveld Igneous Complex stretching over roughly 60,000 square kilometers accounts for a majority of South Africa’s platinum producing mines. The belt comprises of its Northern, Eastern, and Western limbs. Among these, the sprawling mining community of Ikemeleng in Kroondal in its western leg forms the nexus of as many as six mining companies.

This informal settlement of miners is at the receiving end of high levels of dust and atmospheric refuse from the mining sites in its immediate vicinity, having a terrible impact on the residents’ respiratory health. The scrawling settlement with rows of shacks also lacks basic municipal services, and has become flagrant grounds for substance abuse, HIV/Aids and other STDs, rape, underage pregnancy, unemployment, and xenophobia. The land around is rendered unfit for agricultural use due to the mining, and a public health crisis within local communities ill-equipped to cope with mining-generated air, land, and water pollution is brewing.

The challenge is to design a neighborhood resettlement model for the mining community of Ikemeleng.

For the purpose of the challenge, the size of the community to be relocated would be drastically reduced, and the model so proposed would be intentioned to be replicated to settle the entire mining population in the region. This intervention takes into account the destructive nature of mining but also recognizes it as the only source of employment for Ikemeleng’s community. The challenge doesn’t seek to reinvent the process of mining to make it safer for miners but instead chooses to focus on how those relying on it can thrive in a healthy way. 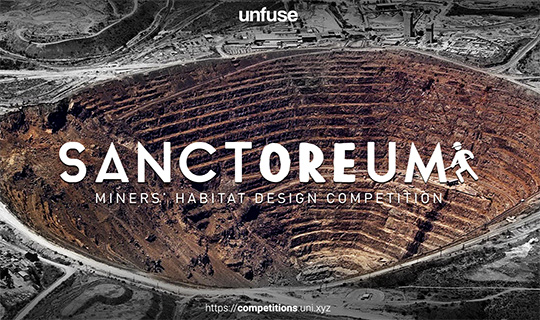