Eleven’s new challenge focuses on Havana’s iconic Malecon in a sea defence and cultural space competition. Eleven’s latest ideas and design competition ‘Shaking Up Havana’s Malecon’ is now open for registration. Welcome to a new Cuban revival. This challenge invites architects, creatives and visionaries from all around the world to reimagine one of Havana’s most iconic landmarks.

Havana is a wonderful place, filled with life and unique retro Caribbean vibes. The city is a pearl in the rough and oozes architectural potential from everywhere you look. In this competition, we want you to engage with the Cuban flavour and channel the city’s pulsating energy into your own architectural visions for a renewed Malecon.

Buy any travel book on Havana or Google its top attractions and must-see highlights, and somewhere in the top rankings, you will find the Malecon. Today this seawall and promenade continues to be an icon for both locals and tourists alike. Unfortunately, it has fallen into disrepair and the redundant sea defence is in desperate need of a facelift to ensure that this landmark continues to be part of Havana’s identity and future.

This competition isn’t just about rethinking a sea promenade for Havana, it focuses on three areas: protection in the form of a renewed sea defence, engagement in the form of new cultural social spaces along the Malecon, and identity in the form of resurrecting an old icon back to life and defining a new beginning for Havana in the 21st century.

We want to start a new Cuban Revolution with this competition, only this time, we are using creativity to bring about some much-needed urban change to Havana’s complex urban and social history.

So grab your maracas, cocktails, classic cars, cigars and salsa heels and get designing!

‘Shaking Up Havana’s Malecon’ is open to all creatives – both professionals and/or students. Participants can compete individually or in a team of up to four people. Each team is asked to register and submit their proposals online by the 11th of September 2018, in the form of two digital A1 landscape sheets accompanied by an additional 500 words explanatory text. Models and videos are highly encouraged but are not mandatory.

The competition, which officially opens for registration on Monday the 14th of May 2018, is scheduled to run until the 11th of September 2018 at 11:00am (UK Time). Awarded entries will be officially announced online on the 11th of November 2018. Winners will be selected by an esteemed jury panel of experts, creatives, architects, designers and academics. The public will also have an opportunity to vote for their favourite designs online. The people’s favourite will go on to win the People’s Choice Award.

‘Shaking Up Havana’s Malecon’ is Eleven’s eleventh international competition to date. Since their start in mid-2015, the challenges launched by this UK based magazine and creative agency have received great global success. Previous competitions have been exhibited in Europe and the USA, published in multiple international magazines such as the Architecture Review, the AJ, Dezeen, Archdaily and Designboom, and have been featured in Bustler’s ‘Top-10 Best Competitions of the Year Awards’ in 2015, 2016 and twice in 2017.

*All of the awarded entries listed above will be published on Eleven’s ‘Elevenses’ feed, social media and Apple News channel. In addition, awarded entries will receive fantastic worldwide attention through Eleven’s media partners.

This competition is organised by Eleven, an architecture and creative-lifestyle magazine, design agency and online platform dedicated to creative innovation, architecture and design. Eleven is one of the leading competition generators, creating award-winning international challenges and publishing articles on the industry’s coolest people, places, ideas and designs. 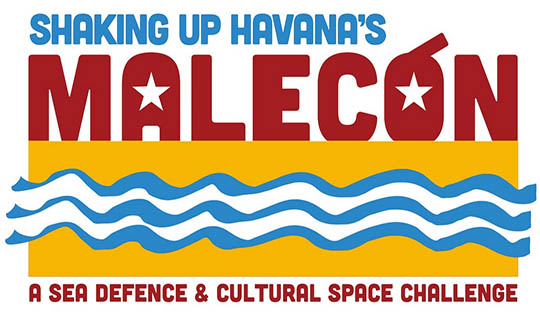