Vietnam after the second world war faced a series of battles lead by their leader Ho Chi Minh for decades. This was to free the country from Japan, and subsequently the French Colonization. Their freedom struggle from foreign colonization was successful in 1986. The country had been through turmoil for decades and was in a state of great disparity. After 1986, Economic and political reforms under Đổi Mới, launched in 1986 itself, transformed the country’s economic status for the following years.

The Fishing and seafood industry expanded dramatically after the reforms and its historical importance was evidently visible in the number of employees directly or indirectly involved with the industry.
The economic and population growth, has fueled an increase in the consumption of fish in Vietnam. Subsequently, it raised the demand for an increase in production as well, ultimately leading to intensive methods of fish farming.

Amidst the struggle for mass production using synthetic farming and export, the local fishermen are perishing to make a living and sustain.

The produce from aquaculture in Vietnam is much more than the local produce, and the competitive market demand has subdued the local vendors. Although traditional methods still prevail and attract tourists, the disparity in demand of naturally grown fish has denied them a modern infrastructure in urban areas. The street market culture is thriving in Vietnam, yet the infrastructure for the same has not been explored.

Brief: The challenge here is to design, an open seafood market infrastructure to house the local sellers and rejuvenate the street market culture through physical structures. It would also act as an avenue for tourists making it a part of public space fabric.
Learn more on: https://competitions.uni.xyz/street-city-vietnam/ 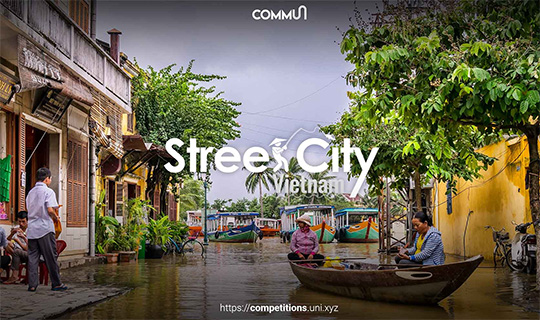