This competition, taking as its goal the project of making the river Svratka more accessible while increasing the protection of property and lives among the citizens of Brno, is part of the city’s vision for future development. As a result, we expect from the designs a strategic conception of an approach to planning the banks of the Svratka accompanied with a plan of considered ‘acupuncture’ interventions reflecting the changing character of the north and south banks from the east to the west.

The design should also not forget the highly diverse social composition of the residents, who will use the embankments for strolling, sports or cultural activities in all possible forms and in all seasons of the year. In other words, the contestants are asked to present, in addition to the plans of the landscaping and flood protection, a program for the use of the land under discussion as a whole and in its parts – a kind of palette of scenarios and possibilities that suggest what could take place in this area.

We expect from the contestants that they will make use, to the greatest possible extent, the potential offered by the immediate area of the river course – the large concentration of office and administrative construction, as well as residential; the close proximity of the rail station and the city centre at the eastern edge of the area, or the network of cycling paths. At the same time, it is necessary that all interventions – whenever possible – be conceived as close to nature. Interventions must also be thoroughly considered, in simplicity as well as complexity. We cannot forget that the channel of the river must, above all else, have sufficient capacity to ensure protection of the surrounding built areas from flooding: the designs should contribute intensified greenery to the embankments and create a ‘habitable natural environment’ that would bring the river-banks to life and add excitement to the dull functionality of a regulated river course. Along the banks of the Svratka, we should find not only flourishing vegetation, but a no less flourishing cultural-social life.

2nd December 2016, Announcement of the competition

27th January 2017 by midnight CET, Deadline for submission of the questions 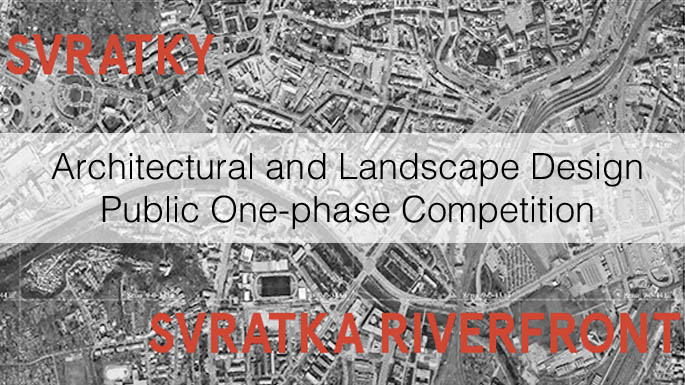