Young architects and designers are invited to submit work to the annual Architectural League Prize Competition. Projects of all types, either theoretical or real, and executed in any medium, are welcome. The jury will select work for presentation in lectures, digital media, and an exhibition in June 2017. Winners will receive a cash prize of $2,000.

THEME
Whether social or structural, evidentiary or technical, the idea of support in architecture today has proliferated such that its role is obscured by the multiple ways that it operates. On the surface, support is an enabler. It is an artifice that props architecture up while in turn facilitating new ideas, new forms, and new opportunities for action. Held in suspension between the practical and the possible, support, in one or all of its many forms, provides a necessary stage for transforming the quasi into the real. But while the relationship between support and supported relies on a form of interconnection or dependency, it is not at all neutral and inherently impacts, changes, and reconfigures architectural production.
In a world where precarious forms and precarious social arrangements exist side by side, today’s architecture demands a reconsideration of support. Architecture exists in a tangled, nested network in which the exchanges between built form and various systems of framing, assistance, and reinforcement are constantly in flux. No longer simply a matter of technical resolution, these overlapping forms of support constitute a new basis for architecture.
This year’s Architectural League Prize Competition looks first to forms of support and asks: What does support stand for? What props up architecture today?

ELIGIBILITY
The competition is open only to current, full-time residents, who need not be citizens, of the United States, Canada, and Mexico. Entrants must be ten years or less out of a bachelor or masters program. Current students are ineligible. Entrants may submit individually or as a group. If the individual(s) is/are the sole principal(s) of a firm, the winning firm name will be listed as well. Entrants must submit work done independently; no work done as an employee of a firm, where the entrant is not a principal or partner, is eligible for submission. No student work completed for any academic program or degree is eligible for submission. Educators may not include work done in their studios or for their teaching. Past League Prize winners are ineligible. If only one partner of a firm is eligible, he or she can enter as a single entrant. He or she must include a signed document from all other partners describing the collaborative nature of the work and the firm will not be listed as a recipient of the Prize. Collaborative work between unrelated firms or individuals is eligible if the partnership is equal; any project with collaborators must include a signed document from the other collaborator(s) describing the collaborative nature of the work. Collaborative work will be considered within the context of an individual’s complete portfolio.

AWARD
Winners will present their work in lectures, digital media, and an exhibition in June 2017. Winners will receive a cash prize of $2,000.

SUBMISSION REQUIREMENTS
The competition theme is given as a basis for young architects and designers to reflect upon and reevaluate their work. A written statement not to exceed 250 words is required, which defines and considers the work under the rubric of the competition theme. Significant weight is given to how an applicant’s work addresses the theme.

A single portfolio, which may include several projects, must be bound and no larger than 11″ × 14″. The portfolio may not contain more than thirty double-sided pages. CDs, models, slides, and transparencies will not be accepted. Entries must be received at the League office by 5:00 p.m. EST February 13, 2017 or postmarked by that date. 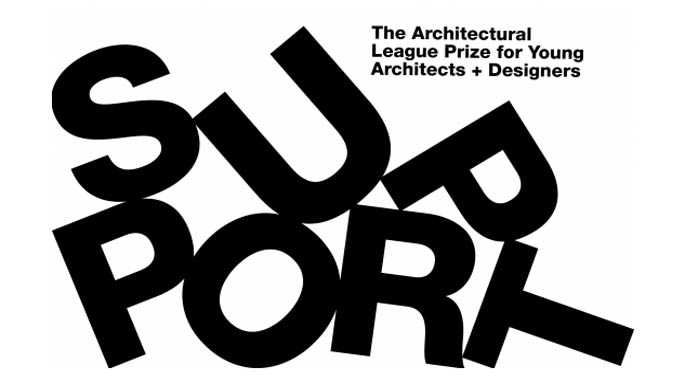