THE HOUSE OF CHAOS – A House for Luigi Pirandello

Luigi Pirandello, the great Italian writer, who received the Nobel prize in 1934, was born in a suburb of Agrigento called Cavusu (chaos – in English), about 3km away from The Valley of the Temples, the famed archaeological site in Sicily.

So when he stated that “I am a child of Chaos and not metaphorically, but in reality) he was telling the truth.

Indeed, his life was often chaotic… and so the frontier between “reality” and appearance was blurred, as in his work.

On the occasion of his 150th birthday, on June 28th this year, we ask you to imagine THE HOUSE OF CHAOS or THE HOUSE OF LIMINALITY, on the very plot of land where his own birth house is, on the Southern edge of Sicily, facing the Mediterranean Sea and, beyond it, Africa.

Let’s imagine THE QUINTESSENTIAL HOUSE OF CHAOS, or THE HOUSE OF LIMINALITY.

It would only be appropriate, considering the meanings of his work.

And the theme should concern us all.

The area of Pirandello’s birthplace is infused with ancient history, since the Valley of Temples is not far… but we don’t believe any longer in the gods, nor do we seriously build temples any longer.

But maybe now it is a good occasion, reflecting on the work of Luigi Pirandello, to imagine THE HOUSE OF CHAOS… ambitiously, in a way, or even subversively, to imagine a “temple” dedicated to chaos, or to liminality.

The House of Borders.

The House of Thresholds.

The House of In-betweenness.

The House of Twoness.

The House of Doubt.

The House of Chaos.

The House on the Fringe.

These themes, we feel, are very important, maybe more today than at any other time in the past.

The site for your proposal should be the one published on our website. In the published picture you can see on the left side up the specific site circled in yellow, while on the right side, equally identified with a yellow perimeter line, you can see the Valley of Temples… interesting proximity… on the left, Modernity, with its lack of faith, on the right, the physical proof, still standing after more than 2,000 years, of what we call “the Ancient times,” when human beings believed in the gods and built for them. This antithesis makes this place remarkable and we would like to explore its full potential.

The deadline to submit your work is August 10th, 2017. Please register before the deadline to receive a registration number with which to anonymously identify your work. There is a registration fee of 20 euro which will enable us to print your work and exhibit it during the Architecture Festival we are organizing in Vienna, Austria, during the month of August. Please send as a maximum of two sheets format A0, preferably vertically oriented (portrait). If you have any questions please be kind and contact us. 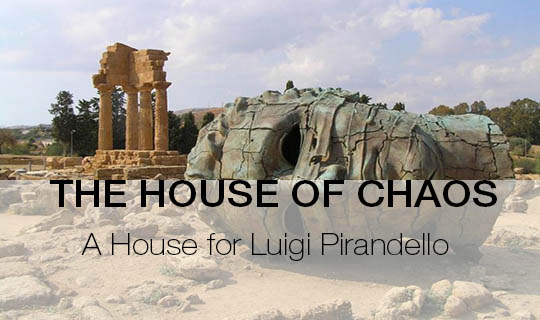