ArchMedium proposes the creation of a new public facility for the Balkan city of Ohrid, taking into account the historical, natural and cultural importance of Lake Ohrid. We propose a new watersports center: The Ohrid watersports club.

The OWC is a sports and entertainment center where they organize and promote all sorts of water activities related to the lake. A place to store efficiently the necessary equipment for windsurfing, rowing boats, canoes and kayak for professionals and locals. A center where the administration of the annual Ohrid Swimming Marathon can organize and manage the event and the participants can train and prepare for the competition.

The city of Ohrid is located in the west side of the Republic of Macedonia, a small country in southeast Europe, located in the central Balkan Peninsula. Its natural and cultural attributes have made it the tourist capital of the country.

Ohrid Lake, surrounded with various beaches and byzantine monasteries, is one of the biggest attractions of the Balkans. The town of Ohrid and its surroundings have been declared World Heritage Site by UNESCO in 1979 for its natural values ​​and in 1980 for its cultural and historical values. Around the lake there are footpaths that cross the region between lush forests. Along the route you will encounter numerous historic churches while enjoying views over the bay.

Every year the famous Ohrid Swimming Marathon takes place in Ohrid Lake. Professional swimmers from all over the world travel to represent their country in this competition.

The watersport club represents a direct repercussion of the needs for additional activities in this region, connecting the existing sport facilities with touristic facilities. The visual relation with the symbolic town of Ohrid gives opportunity for creating a new visual landmark on the other shore of Ohrid Lake.

The constructed volume will have certain relevance in the elevation of the waterfront and will act as the end of the city on the east side, opposite end of the ancient city of Ohrid. The Ohrid Watersports Club is positioned as a continuation of the promenade, after surpassing the club and stadium Biljana and crossing the bridge over the canal Studenchishta.

The location for the club is situated on the eastern edge of the town, right next to the building of Water Training Center of the Army of Republic of Macedonia. On the west side is Stadium Biljana’s Spring connected by “Bulevar Turisticka”, which represent a main access to the location. On the
east site is situated current Skate Park. Next to it are few private beaches with restaurants and clubs. The “Street 2” divides the plot into two parts. The southern part lies on the shore of the lake, while the northern part is limited with the main accessible street that connects the “Street 2” with the “Bulevar Turisticka”. The vegetation fund in the part next

to the water is mainly weeds. The northern part is covered with several trees which do not obstruct the view of the lake.

The proposal will take into account the limit of
the building in relation to the lake. In turn, the presence of OWC intends to enter naturally on the trails and boardwalk, regenerating this part of town.

Ohrid watersports club will be a hub where locals and tourists can practice many types of watersports. It will include storage for rowing, windsurf and canoe equipment. It should also accommodate large changing rooms for the users.

A watersports center that should be capable of organizing the outdoor surrounding area and to conciliate the lake with the Ohrid public space.

The total building area will be around 3000m2 and may vary +-10% to include the needed circulation space.

Students – This category will accept architecture and related fields undergraduate students who can prove their student status on the day the competition launches with some official document (student ID or enrolment papers).

Graduate, masters, and PhD students who are currently enrolled in some official course can also participate, but only if they obtained their undergraduate degree less than 3 years ago.

Young Architects – This category will accept young professional architects who graduated less than 10 years ago (according to their degree expedition date) can also join the competition and opt to win the “young gradautes” prize which will be awarded separately from the student prizes.

In both categories teams can be formed by just one member or up to six (6). Members of a team don’t necessarily have to be students at the same university or live in the same country.

It is not necessary that all members of a team are architecture specialists. Having a photographer, artist, philosopher, etc. on a team can help to see the project in a new way, thus enriching the final result. However, it is recommended that at least one member of the team has some experience in architecture.

The registration fee is paid per team, regardless of how many members form it. 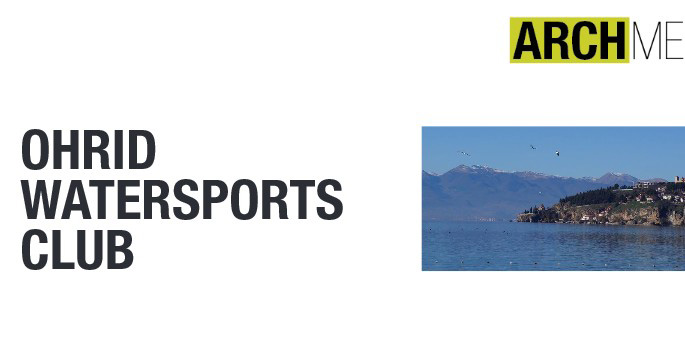