​In the Shinjuku district of Tokyo, arch out loud challenges designers to develop proposals for a vertical cemetery that explores the relationship between life and death within the city. The need to examine this condition affords designers the opportunity to not just efficiently respond to the issue of space but also look into the cultural identity that this solemn program can project within its environment.

Private developers in Tokyo have used temples as covers to build cemetery plots which they can sell for ten times the price of land without taxes. This practice results in the unwanted placement of cemeteries adjacent to homes in the already densely populated neighborhoods of Tokyo. Amplifying this issue are the ever-changing demographics of Tokyo. Recent studies show that the city’s average age is rapidly increasing, with nearly twenty-five percent of the population being 65 or older and a large majority over the age of 30. Similarly, more and more rural residents are coming into Tokyo, increasing the overall population. As the age and population increase, Tokyo is being forced to face the issue of burial space.

​With its own mayor, and status equivalent to that of a city, the Shinjuku Ward just west of central Tokyo houses an eccentric mix of administrative, entertainment, transportation and commercial programs. As a result of its programmatic blend, Shinjuku’s built environment stitches together an array of urban fabrics. With its diversity of programs and energetic scenery, Shinjuku perfectly sets the stage for an exploration of architecture for the dead in the realm of the living. 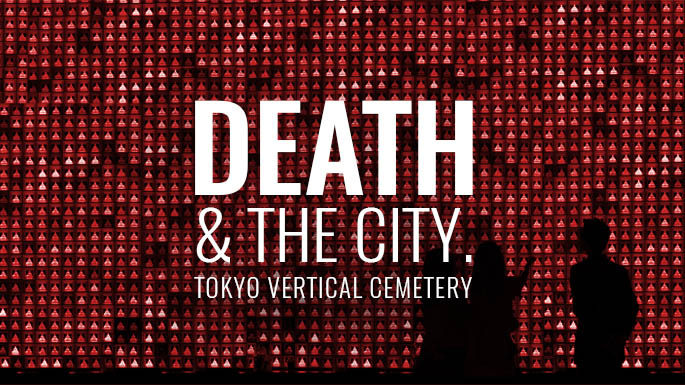