In 2047 India will celebrate a hundred years of independence. While there will be various parameters to measure the nation’s progress, the yardstick that will ultimately define our country’s ‘development’ in the most succinct terms is already emerging and shaping itself in the most transformative of ways – the rural landscape. 70% of India’s population – roughly one-tenth of humanity – live in the villages. Isn’t it logical then to assume that their ability to offer fulfilling lives to their inhabitants is germinal to India’s future as a great global power?

In fact, an India with 6,49,481 self-sufficient progressive villages is a far bigger and more sustainable opportunity to drive growth than trying to convert the already stifled chaotic urban environments into “smart cities” like the rest of the world is attempting to do.

Fortunately for us, the question is rhetorical; the Indian rural landscape is no more a dormant mine of potential. It is well on its way to realising and optimising its inherent possibilities. Statistics clearly show that a rural to rural migration is far greater than the rural to urban one, and is an indicator that larger villages are now seen as a more viable economic option than cities.

Most engineers and architects are based in and practice in urban or periurban areas. The current urban professional and educational view is far removed from the reality that is the new Indian village. IndiaNext is meant to be both a reality check and the opportunity to align the course of development along the lines of progress. It is the one big chance to ride the renaissance of rural resurgence that will call for the questioning of long held conventional beliefs in building and make way for participation in the making of the nation’s future. 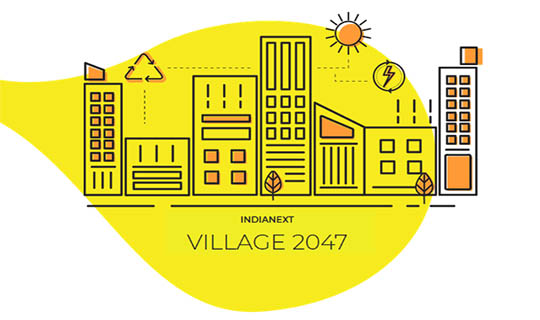