The Municipality of San Giovanni Valdarno (Italy), Museo delle Terre Nuove and Casa Masaccio Arte Contemporanea organize the competition “Un’idea, una città” (An Idea, A City) aiming at promoting ideas on public space among young designers. This call, made in collaboration with Image, is looking for micro-strategies of intervention by activating new programs in the urban context with limited investments and taking advantage from strategies of collaboration with local institutions, producers, or companies.
Which micro-strategies can be developed through design to stimulate the birth of new forms of public space in small and large cities, with limited investments? Which new ideas can emerge to interpret the contemporary cultural and economic trends, by activating new programs in the urban context? What role for cultural institutions, just like museums or contemporary art centers, to promote new relations with the urban environment?
Food for thought offered to young designers is the role that cultural institutions, starting from museums and contemporary art centers, can achieve while defining new relations with the urban environment. In this sense participants are invited to submit solutions capable to define new experiences in the public space defined by the arcade of the ancient Palazzo d’Arnolfo in consideration of the key topics offered by Museo delle Terre Nuove, as sources of inspiration for new ideas of public space, art, and environment.
San Giovanni Valdarno’s city fabric is made of small spaces, often underused today. Such spaces are awaiting to be rediscovered and reinvented so that their everyday life can be enriched with new ordinary functions to give birth to an open, permeable, porous city that is rich in human relations and where cultural heritage is shared. In a wider perspective this program aims at provoking, starting with the design solution that will be developed in the arcade of Palazzo d’Arnolfo, a series of additional micro-strategies for activating interstitial public spaces in San Giovanni Valdarno.

The competition is open to young architecture graduates, architects and artists, who have experience working in public space, with no restrictions as to their country of origin nor their age. Entry is open to individuals or teams.

This is a one-phase competition for young designers to produce a concept and a micro-strategy aimed at reshaping the relationship between the museum and the city in order to give birth to new experiences of public space in the arcade of Palazzo d’Arnolfo. Permanent design solutions are awaited that might be implemented through the collaboration with local institutions, producers, or companies.

A monetary prize of € 1.000 will be awarded to the winner of Un’idea, una città. In addition, the winning designer or the winning design team will be invited to San Giovanni Valdarno for a one week long residency, during which encounters and meetings with local institutions, citizens and partners will take place that will move the design strategy to the next step.

Applicants agree to permit the competition organizer to use their submitted materials in publications, exhibitions and public posts or for archival, promotional, educational, and other uses at its discretion. Copyrights for the competition submissions remain the property of the author.

Applicants cannot release nor expose to the public, press, or other media any of the materials they submitted for this competition before the competition organizer announces the winner or cancels the competition. Applicants who violate this rule will be disqualified. 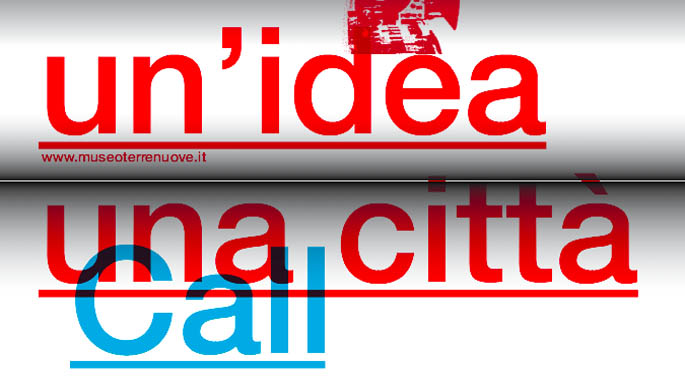