UCTEA Chamber of Architects Ankara Branch is organising architectural idea contests under the name of “Urban Dreams”, for re-functioning the constructions and areas with historical, social and architectural value in the Ankara city, for benefit of the city with public functions.

Until today the idea project contests were held for the Ulucanlar Central Closed Prison, Hasanoğlan High Village Institute, Zonguldak Coal Washing Facilities, Kızılay Square and Surroundings, EGO Depots, Social Housings and Mamak Prison in Mamak and Saraçoğlu Neighbourhood and by establishing an urban scaled agenda, opportunities for re-functioning for some of these structures under public usage were created.

The subject matter of the ninth of the Urban Dreams Project Idea Contest is determined as re-functioning, conservation and re-activation with conservation and use of the Atatürk Forest Farm campus in compliance with its founding principles. Atatürk Forest Farm campus is a green axis in the Ankara city, founded in 1925, as the emancipation and modernity project of the Republic with its production facilities, social facilities, agricultural areas and recreational areas.

Atatürk Forest Farm (Atatürk Orman Çiftliği-AOÇ) was founded in 1925 under the leadership of the Founder of the Republic of Turkey, Mustafa Kemal Atatürk. Atatürk Forest Farm, which today has 33,500 decares surface area, was planned as a large green area at the periphery of the capital city, it created inspiring exampling projects for the human-agriculture relationship, it contains social recreational areas and it was taken under conservation as a 1st Degree Natural Site Area and Historical Site Area. Atatürk Forest Farm which had 52,000 decares surface area in the year of 1937 is now equal to the size of 14 Hyde Parks, 10 Central Parks and 920 Gezi Parks. Atatürk Forest Farm is exposed to a severe process of destruction and ecocide in recent years. 52 separate legal cases were launched by the professional organizations against a process which lowered the conservation degrees of the area, opened it to construction, and in which thousands of its trees were cut and a prime ministry service building and a large scaled Disneyland was constructed in it, in contradiction with legal court decisions. While decisions for cancellation and suspension of execution about the structuring and planning were taken in the legal cases, unlicensed constructions and roads are being illegally built by the hand of the government. Since its foundation, forty percent (40 %) of the surface area of the AOÇ area had been destructed in misuse such as renting, transfer, etc.

Atatürk Forest Farm campus is an invaluable breathing space for the city with the flora, fauna, green axis and cultural heritage structures it contains. The subject matter of the ninth of the Urban Dreams Project Idea Contest is determined as “ATATÜRK FOREST FARM AREAS RECLAMATION PROJECT” International Idea Contest, under the context of repairing the damages on this unique campus, Atatürk Forest Farm, and enabling it to re-meet with the citizens. The contest aims to create an environment for the architects, landscape architects, urban designers, urban planners and students, in which they will be able to develop designs for conserving a valuable but destructed area in the city in which they live, in a manner which shall contribute to the emancipation and enrichment of the daily lives of the citizens; for re-activating it with conservation, for its reclamation with public use and for repairing its damages and at the same time where they shall be able to share the proposals and dreams they shall create, and implement their ideas. On the other hand, one of the main goals of the contest is to promote public opinion and to make contributions for the social architecture debates, by taking the richness of opinions which shall be created as a starting point.

UCTEA Chamber of Architects Ankara Branch believes in the significance of creating different approaches about the problems and finding their solutions together with the urban actors against the disidentification, memory loss and cultural impoverishment which our cities are being illegally exposed to in a profit-oriented destruction process.

For this reason; the contest at the same time aims to be a platform which shall enable the multiplication and extension of the ideas, which are so limited, about the urban life and its future; and in which the citizens, experts, local administrators, public administrators, democratic mass organisations and the civilian initiatives shall come together and discuss their arguments for solutions in a collective process, and the urban life and spaces we are living in shall be questioned. The contest shall be an international and single-step one, and shall be made under two categories; one open for the participation of the professional participants, graduated from departments of architecture and other disciplines and the other category, for the participation of the students from the architecture departments and other disciplines of the universities. Each project and idea participating in the contest is important for the city. For this reason, within the fiction of the contest, environments shall be created for enabling each of the proposals to be discussed and shared.

It is not impossible to imagine realizable urban dreams, make these dreams meet with the society and make them implementable with a collective excitement. Atatürk Forest Farm can be emancipated with the help of your dreams and damages given to it can be repaired. We invite all architects, landscape architects, urban designers, urban planners and students to participate in creating such an excitement and share their ideals with the society, and all citizens, local administrators, public administrators, professional chambers and civilian initiatives to act together for spreading such sensitivity. 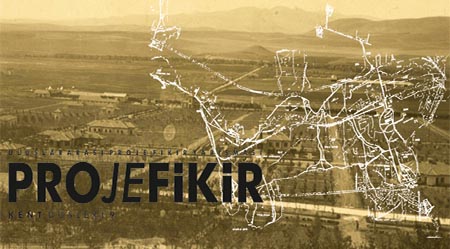