It is undeniable the thought that technology has become an essencial aspect in our daily life. According to latest studies, in 2020 there will be more people owning mobile phones than having electricity or water. If we compare the youth lifestyles now and 30 years ago we will find more differences than similarities.

Society has changed and families as well. We no longer live in the same way, we do not buy the same things, carry the same clothes, have the same hobbies or tastes. The technology has evolved and with it ourselves. Work is not as it was before, we change clothes daily and fashion each year we buy a new mobile phone annually (or more), we buy a new car every 10 years, and (if it lasts) a computer every 5. (…)

We can relate this progress to globalization, the super communication and all aspects arising from the relentless advance of technology, but … Are we leaving something along the way? (…)

The technology is gradually taking ground in the cities, the lights change, flashes flicker, the cameras capture moving moments and increase the murmur of the streets. Make a photograph, something that was previously accessible to just a few, today is an everyday activity. Knowing what your friends are doing, family or co-workers at all times is something natural, we pay almost no attention to landscape, people or a face to face conversation.

A city like Paris is intense, full of tourists, workers, cars … is a place in constant motion, with changes of atmosphere, with people walking and taking pictures. It is the perfect city for having a coffee and watch people go by, watch tourists spellbound with its architecture, businessmen who run to take the subway or Parisians who simply walk their city. The terraces of Paris never give back to the city, they face it. But now we are the ones who turn our backs to what happens around us.

A cup of coffee and good company are more than enough to enjoy an afternoon in a beautiful city. The hustle of work, traffic, movement stress us away from the simplicity of the past.

In this issue we focus this time, appreciate the little things and find the balance between technology and fun. What does a space need to  chat, to play chess or blowing birthday candles.

Paris, capital of France and city of light. One of the most important centers of Europe and the most visited in the world with over 42 million tourists a year. It is also one of the key points when it comes to fashion and luxury. It has many monuments such as the Eiffel Tower, Notre Dame Cathedral, Champs Elysees, Arc de Triomphe, the Sacre Coeur, the Hôtel des Invalides, the Pantheon, among others. It also has recognized worldwide such as the Louvre, Orsay or the National Museum of Natural History of France institutions.

Full of wide avenues, huge parks and gardens, and emblematic buildings, which place is more appropriate than this garden at the foot of the Eiffel Tower where dozens of young people spend the day and meet with friends?

This is the space, your project must attract people and, even if it is just for a moment, keep away technology.

The Eiffel Tower, initially called tour de 300 mètres (tower of 300 meters), is an iron structure designed by Maurice Koechlin and Emile Nouguier, and built by French engineer Alexandre Gustave Eiffel and his collaborators for the Universal Exhibition of 1889 in Paris . It took two years and two months to build it and it generated some criticism because it was not aesthetically appealing according to the citizens.

Initially it was used for testing military communication antennas. Today it serves, besides an attraction, as an issuer of radio and television programs.

The Eiffel Tower, probably the most photographed monument of history, is the backdrop for our place of intervention. Every visitor who visits the Champ de Mars takes a picture with her and that is why it is full of tourists and visitors, but it is also a great venue for concerts, family visits or romantic walks. A place where the soul rejoices, where stress just for a moment is lost, for a different atmosphere. Breath Paris and breath France.

The Champ de Mars is a public garden located between the emblematic Eiffel Tower, northwest and Military School southeast.

This space was originally an esplanade dedicated to growing vegetables.

First it was thought to transform it into a field of maneuvers in the south of the school.

The ground was leveled, and surrounded himself with a large moat and a long avenue flanked by elm trees, the square was closed with a beautiful gate. Swan Island on the Seine, which was located at the foot of the Eiffel Tower, northwest of it, was attached to the shore, to good effect of perspective and geometric design of the esplanade.

The Champ de Mars, emblematic viewpoint with 780 meters long and 220 wide where numerous universal and colonial exhibitions of Paris took place, it is a symbol of Paris. A lung for the city.

The proposed site invites you to rethink what is necessary to create an atmosphere where technology should not have any role where the talks “face to face” are the predominant element, where we can relax listening to a musician playing the guitar, having a coffee or making an improvised picnic.

Imagine a space without mobile phones. Have fun and project freely.

The ideas are hardly limited and imagination even more. This is why the project can be developed to its full extent. No need to occupy the entire Champs de Mars surface, since the proposal can be concentrated, pixelated, fragmented, scattered, flexible, deployable, .. the most important thing is that every project, every idea generates a relaxed atmosphere, leisure and fun that must be achieved.

This project may be buried, semi-buried, covered, uncovered, spread, concentrated … should not be limited by logical ideas or extravagances, craziness often trigger progress. And rethinking what you believe is already thought is the key to success.

As discussed above, the element may be permanent or ephemeral, flexible, static or itinerant. It should not be conceived as an element shelter or living, instead it must be conceived as a meeting place without technology to distract us from what is happening there, an interchange of experiences, flows of people, a book club, to talk, friendship, conversation, a market of smiles and passions, a picnic area, a place where children and elder play. A space where there is architecture but above all there is laughter, fun, passion. There is life. 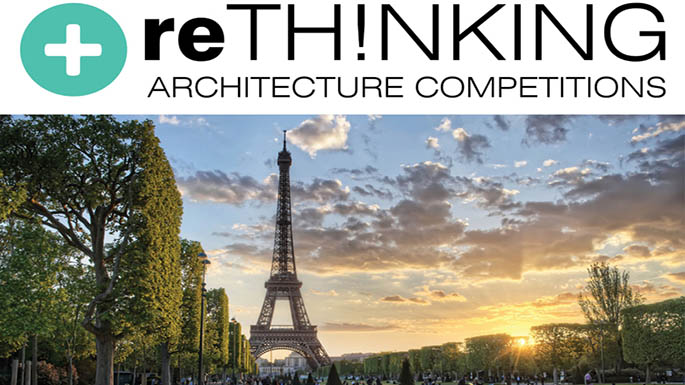