The Competition, called Self Construction, has the aim of enhancing the space within the walls of the Ostello del Sole in San Cataldo, only 15km away from Lecce.

The installations created will characterize the scenario within which the new edition of the International Architecture Holiday will take place, with 100 young men and women from all over the world. These will then be exhibited during the entire workshop and during the entire summer period.

As a result of the success reported during IAH Summer 14, the hostel, besides being it an excellent reception facility for the San Cataldo naval army, today has a huge visibility and hosts numerous events, concerts, outdoor workshops for the period going from June to September.

A real opportunity for all of the participating teams to gain visibility and confront themselves with the problems arising from the direct realization of a project by evaluating its aesthetic, functional, and economic aspects.

The competition promotes the design of one or more installations within the walls of the Ostello del Sole.
These should strongly characterize the area and will be completely developed by the winning groups with the support of the archiSTART team who will coordinate the production process.

The choice of the concept, materials, and finishing touches will be up to the participants who will therefore need to evaluate their realization and economic aspects.

Each group will have a budget of 1000 € and can choose between one of the two project areas, which will be later specified in more detail.

Every 20 days from the start date of the competition will be published updates regarding the registration for the two different areas in order to evenly distribute the different applications.

There will be two winners, one for each project area.
The archiSTART team reserves the right to perform changes on the time lapse following the end of the competition, with the consent of the winning teams, in order to facilitate the project development and finalization.

The winning teams will be hosted in San Cataldo, in the Ostello del Sole from 22 to 29 July 2015; one full week completely dedicated to the choice of the materials to be used, as well as to the development of the project.

During “IAH Summer 15” event (from the 1st to 9th of August 2015) the installations will be seen and used by professionals, students and young architects.

The competition is open to university students, graduates and young professionals under 32 years .

Every member of the team must fulfill at least one of the above mentioned criteria, with reference to the start date of the competition, proving it by appropriate documentation.

Every team can be composed of 2 up to 4 people, members can attend different universities or come from different countries.

The multidisciplinary team, dealing with projecting activity from innovative points of view and giving a perspective different from the architectural one, are appreciated.

In order to preserve the transparency of the competition, people who have personal or professional relationships with the members of the jury or the staff cannot participate in the competition. 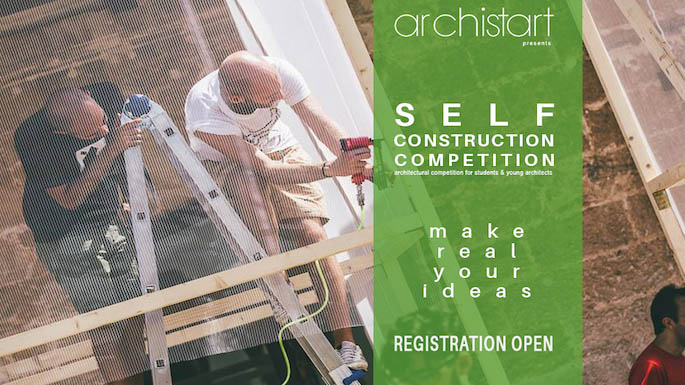