Urban SOS: All Systems Go calls on multidisciplinary teams of students to envision more resilient food, water, and energy systems for supplying cities and regions today and in the future.

Across the world, this critical infrastructure is increasingly at risk due to extreme weather, the impacts of climate change, and social and economic strife. In New York City, for example, if storms or a labor dispute were to disable the food distribution hub at Hunts Point for any significant length of time, 22 million people throughout the region would be left with less than three days’ worth of food. Despite the importance and vulnerability of these systems, they are rarely prioritized as part of a city’s overall resilience, in part because they are largely invisible: Too often we don’t pay attention to our pipelines, power grids, and food supply chains until they fail.

Urban SOS: All Systems Go challenges student teams to identify an urban population facing the possibility of disruption to its food, energy, or water systems, and offer strategies that strengthen these systems’ ability to withstand future shocks or stresses, while also making them more efficient, equitable, and accessible to diverse populations. Proposals must be located in one of 67 cities that currently make up the 100 Resilient Cities network. (See www.100resilientcities.org/cities for a full list.)

Three short-listed teams will be invited to present their proposals before an interdisciplinary panel at the A+D Museum in Los Angeles in October 2015. Urban SOS: All Systems Go jurors will award US$15,000 in prizes, which may be divided among one or more teams.

In addition, AECOM will make available up to US$25,000 of cash and in-kind staff time to support the implementation of a prototype of the winning team’s strategies.

Responses will be judged by a jury of leading practitioners from design, engineering and other relevant professions based on these criteria:

– It communicates key existing conditions of the chosen site, system, and city in a clear and engaging way, and shows how the proposal will achieve its stated goals.

The competition is open to undergraduate and graduate students at all levels of higher education around the world. Entrants must be enrolled at an accredited institution in a certified program during the 2015 academic year at Bachelors, Masters, or Ph.D. levels.

Submissions must come from multidisciplinary teams of up to
four members; individuals may not participate alone. Students from the design fields (Architecture, Landscape Architecture, Urban Design, Urban Planning) who form teams must include members from at least one other discipline outside of their own, including anthropology, sociology, cultural studies, international development, sustainable economics, engineering, ecology, natural resource science, food policy, and other relevant fields.

Site selection is open to any of the 67 cities identified within the 100 Resilient Cities network. They may be at the center of one of these cities or at its fringes. Sites must be geographically identified with a Google Earth or Google Maps reference.

October 15, 2015 Presentation and critique of semifinalists’ submissions at the A+ D Museum in Los Angeles and announcement of the winning team

REGISTRATION
All registration takes place on a dedicated website: aecom.com/urbansosRegistration requires submission of an online form, which includes identification of team members, site selection, and rationale and submission of a site plan. Full details can be found in the “How” section of this document.ENTRY FEE

There is no entry fee for entering AECOM’s student competition.

The three final teams will be selected by a judging panel comprised of AECOM design and engineering professionals from offices around the globe. The three finalist teams will be invited to present their work to a jury at the A+D Museum on October 15, 2015; the jury will announce the winning team at
the event.

All entrants will be notified by e-mail by September 17, 2015 when the three finalist teams are announced. The winning team will be announced at the event at the Center for Architecture on October 15, 2015. 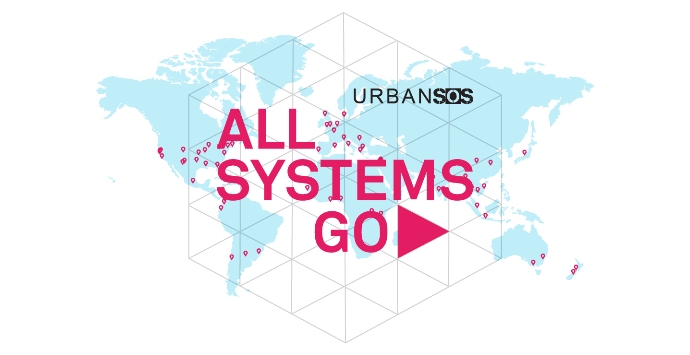