The City of Prague and the Czech Republic have conceived a plan to build a new concert hall within the City of Prague as part of a contemporary music center of world-class standard (from the perspective of acoustics, capacity, layout, technical, architectural and urban design) and that will simultaneously confirm Prague’s reputation as a cultural capital and a symbol of the Czech music tradition. The aim of the project is to create a new, living, open and fully-used public cultural space for all visitors, and above all the residents of Prague.

The Vltava Philharmonic Hall building will be the spark in the transformation of the massive transformation area of Bubny-Zátory and has the ambition of becoming a cultural AND new social center in Prague 7, and for the whole of the Czech capital.

For these reasons the City of Prague is preparing an architectural competition intended to result in a design for the future appearance of this new music center.

I. The perfect tool
We are seeking the best design for a unique philharmonic building that will be called the Vltava Philharmonic Hall. The building must have outstanding spatial and visual parameters and state-of-the-art acoustics in the main concert hall. The new philharmonic hall should provide something fundamentally new and different above and beyond what is offered by the existing Czech concert halls.

II. A lively city
We want to create an exceptional cultural landmark, a center of cultural and social life that will be a gathering place 24 hours a day, 7 days a week, 365 days a year.

III. A local center
We want a building with high quality architecture that addresses the surrounding public space to bring to fruition the generation-long effort to create a strong local center connecting upper and lower Holešovice.

IV. A vertical city
We desire a harmonic public space on many levels that connects the Metro station, its vestibule, the river bank and all other urban facets, offering attractive views of the city and integrating all transportation arteries.

V. A Prague center
We wish for the Vltava Philharmonic Hall to become a major part of the broader Prague city center, connected with historical landmarks and corresponding to the unique Prague topography.

VI. Economics
We want a design that will ensure long-term economic sustainability and stimulate commercial development of the currently dormant area.

VII. Connection with the Vltava river
We want the Vltava Philharmonic Hall to be inseparably and uniquely linked with the river.

This is why suggestions and data were collected before announcing the competition and subsequently transferred into the architectural competition for the appearance of the Vltava Philharmonic Hall.

Those interested were able to complete a questionnaire, take part in participative walks with the Vltava Philharmonic Hall team and first Deputy Mayor for Spatial Development and the Land Use Plan Petr Hlaváček. Participation also involved a round-table meeting with local stakeholders. We asked how they use the area around Vltavská Metro station, what sort of values they see in it, and which problems they come up against there. 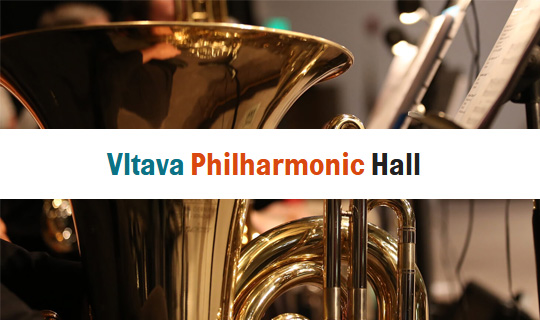