The Berlin Affordable Housing Challenge is the latest architecture competition in the affordable housing series, run in partnership with ARCHHIVE BOOKS. Participants are tasked with creating innovative design solutions to Berlin’s affordable housing problem. Project designs should be flexible enough to accommodate different inhabitants and living situations – including families, single professionals, and couples – and provide suitable solutions for their various requirements.

As there are no specific requirements, participants are encouraged to be as creative as possible in the solutions they design, challenging typical ideas of housing, design, and the community at large, while at the same time maintaining a practical element that could potentially see these designs realised.

Berlin is a city with a complicated past, from the ravages of World War II to the division of the city by the infamous Berlin Wall from 1961 to -1989. Despite being one of the most exciting and vibrant cities in Europe, Berlin is severely lacking in affordable housing, making it less accessible to live in than many of its smaller counterparts across Germany.

The divide between East and West Germany created two very distinct housing markets, with the East controlled entirely by the state and, while housing was affordable, there was little investment in improving or developing housing units. By the time the government began investing in developing new housing stock in the 1990s, the population of Berlin was actually decreasing, with the beginning of urban sprawl and a shift of the population to the neighbouring State of Brandenburg. The increase in supply and decrease in demand resulted in a housing stock surplus that most likely contributed to the State of Berlin de-prioritising affordable housing for years to come.Berlin Affordable

Problems in the city

More recently, investment in housing in Berlin has been focused almost entirely on the property market, with prices in excess of €20,000 per square metre often being quoted. The divided nature of the city’s past – also caused most major companies and organisations to avoid using Berlin for their headquarters and offices for decades. This resulted in lower average wages than most German cities, producing a population that had no choice but to rent rather than investing in luxury real estate. However, Berlin rental rates have also increased dramatically, rising by 32% between 2010 and 2015, with a large proportion of the population having to spend more than half their income on rent and utilities.

PUBLICATIONS:
The winners will get international art and design media coverage and will be featured on the Bee Breeders website and social pages.

CERTIFICATE:
Bee Breeders will also acknowledge the outstanding performance of all winners and honourable mentions with Certificates of Achievement.

Competition is open to all. No professional qualification is required. Design proposals can be developed individually or by teams (4 team members maximum). Correspondence with organizers must be conducted in English; All information submitted by participants must be in English. 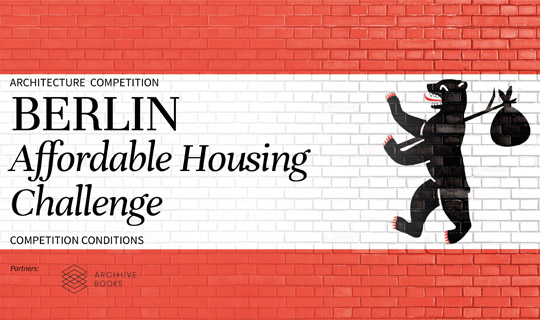