This open ideas competition forms part of a wider research project and seeks designs which encourage and facilitate cultural exchange and integration between immigrant and native communities. Spain’s Costa del Sol has been permanently transformed by the construction boom of the late 20th and early 21st century and its abrupt end with the European financial crisis. Inward looking private residential complexes and commercial facilities sprawl incoherently to form communities inhabited predominantly by immigrants from Northern Europe. The financial crisis brought almost all construction to an abrupt halt. Abandoned structures remain on the periphery of the sprawl as if monuments to the boom and crash.

The brief is simple. This competition asks individuals and teams to produce a single A3 page which communicates their idea for the repurposing of an abandoned structure at the edge of one of the Costa del Sol’s urbanisations. The concrete foundations of an incomplete residential building in Riviera del Sol embody the moment the crisis hit this part of Spain. Ideas are sought to demonstrate how such modern day ruins can be used and adapted in order to have a positive impact within their communities where the current urban design makes integration of cultures so difficult.

A number of Winning proposals will be selected based on their invention, clarity of communication and ability to tackle the complex issues of cultural exchange and integration through architectural and urban design.

Selected submissions will be exhibited as part of a temporary exhibition aimed at engaging residents and visitors of the Costa del Sol’s sprawling communities in a debate around the future of their surroundings.

Winners and exhibited entries will also be published online and included in the final research project presentation supported by the West Yorkshire Society of Architects.

This competition is open to everybody. To enter, each team/individual should submit a single A3 PDF named [project title].PDF and completed project submission form by email to costadelsprawl@gmail.com before the deadline of 23.59 GMT on Monday 8th August 2016. The combined size of attachments should not exceed 5mb. 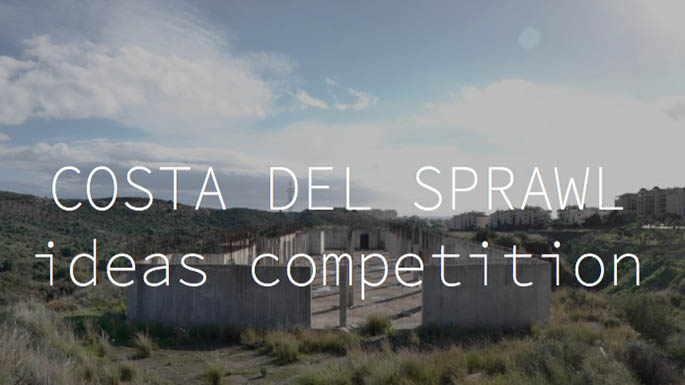