Paradisiacal, utopian, dystopian, heterotopian – islands hold an especially enigmatic and beguiling place in our geographical imagination. Existing in juxtaposition to what’s around them, islands are figures of otherness and difference. Differentiated from their contexts and as much myth as reality, islands have their own rules, their own stories, their own characters, their own ecologies, their own functions, and their own forms.

The LA+ IMAGINATION design ideas competition asks you to design a new island. You can locate it anywhere in the world, program it any way you want, and give it any form and purpose you can imagine. 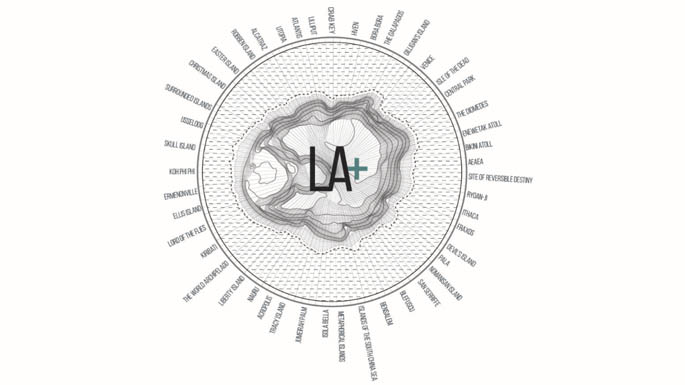