We are living at a moment of great promise. Humanity’s breakout into space is underway. Yet success is not inevitable. The Internet or Digital Economy that began in the last two decades, has been on an exponential growth ever since. Falling costs, new technologies, and a new generation of entrepreneurs are charting out a bold era of space development and space economy.

This bound to not only generate untold wealth – but also to make the environment greener. But how?

Space Economy is the commercial utilization of technology in space, and its potential is currently limited to satellite navigation, satellite television, and commercial satellite imagery. Private companies like Blue Origin, SpaceX, Rocket Lab, Planetary Resource are some of the few that are already preparing to make the space business thrive by exploring options.

Since the potential value of minerals in these asteroids is staggeringly large, space organizations have already begun their quest in developing the technology required to make it happen. Our solar system is filled with millions of asteroids.

Essentially, while our population increased sevenfold, energy consumption increased thirtyfold. This is a trend, where resource consumption has grown in a way that vastly exceeds population growth. This will be happening at a time when climate change will be causing the very systems we depend upon to feed, house, clothe, and sustain ourselves to undergo drastic shifts.

So, while looking off-world for new resources may be beneficial for our survival, in the long run, it could also simply shift the burden of resource dependency onto a larger environment in the long run i.e. Space.

Challenge: The challenge here is to design a space habitat for 2000 “Astro Miners” which comprises manufacturing units, industrial habitat for mining. Leap is the first space industrial/commercial settlement commissioned by planet earth collectively in the year 2032 – which will be a self-sustaining industrial unit. This space station would be a base for material extraction and processing. 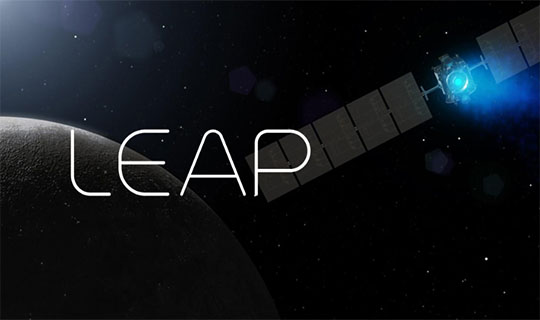