The aim of this International Competition is to design a new Circus School in the heart of Moscow city to serve as an academy for young aspiring circus performers. The architecture of this new building should reflect contemporary design tendencies. The proposal must not only attend to the specific function but also take into consideration the urban context and impact.

Moscow is the capital and the largest city of Russia with 12.2 million residents within the city and 16.8 within its urban area. It is a major political, economic, cultural, and scientific centre in Russia and Eastern Europe, as well as the largest city in the entire European continent. Moscow is the northernmost and coldest mega-city and metropolis in the world. By its territorial expansion in 2012 southwest into the Moscow Oblast, the area of the capital more than doubled; from 1,091 square kilometres up to 2,511 square kilometres (970 sq mi), and gained an additional population of 233,000.

Moscow is situated on the Moskva River in the Central Federal District of European Russia, making it the world’s most populated inland city. The city is well known for its unique architecture with various historic buildings such as Saint Basil’s Cathedral with its brightly coloured domes.

The city of Moscow is considered the centre of Russian culture, having served as the home of prestigious Russian artists, scientists and sports figures during the course of its history and because of the presence of many different museums, academic and political institutions and theatres. It is also the seat of power of the Government of Russia with the Moscow Kremlin, a medieval city-fortress that is today the residence of the Russian president. The Moscow Kremlin and Red Square are also one of the several World Heritage site in the city.

A Circus is a company of performers that may include clowns, acrobats, trapeze acts, musicians, hoopers, tightrope walkers, jugglers, unicyclist and other object manipulation and stunt-oriented artists. Animals were widely used in traditional circus but less so now. Contemporary circus combines traditional circus skills and theatrical techniques to convey a story or theme. Compared with the traditional circus, the contemporary genre of circus tends to focus more attention on the overall aesthetic impact, on character and story development, and on the use of lighting design, original music and costume design to convey thematic or narrative content. The Moscow State Circus company is widely applauded for its levels of originality and artistic skill.

COMPETITION STRUCTURE
This is a single stage Competition with the aim of identifing the most appropriate proposal, which best satisfies the general and specific objectives of the contest.

THOSE ELIGIBLE TO PARTICIPATE
Architects, Architecture Graduated, Engineers and Students. Interdisciplinary teams are also encouraged to enter the Competition.
Submissions can be the work of an individual or a group up to 4 members and there is no age limit.
This is an open International Competition hosted by [AC-CA]™ to generate progressive contemporary design ideas.

Note: this is an open international competition hosted by [AC-CA] to generate progressive contemporary design ideas.There are no plans for the Structure to be built. 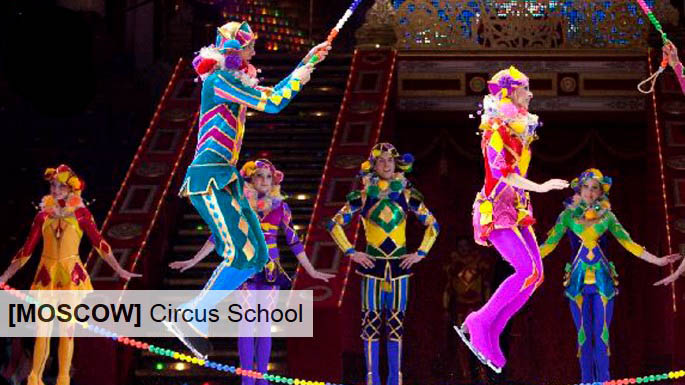