Archstorming, an architectural platform that organizes international humanitarian competitions, has released the results for The Earth School Competition. In this competition, participants were challenged to design a school for the NGO Kakolum. Schools in Casamance are temporary structures, mostly made of straw, mud or scraps of aluminium, in which students sit on the ground and teachers rarely have a desk or chair. The NGO has been working on the reconstruction of schools in the area, and now they have decided to build a new one in the beach town of Kafountine.

Although there is a myriad of talented African women practicing architecture, a lack of publicity and exposure presents difficulties in highlighting their work. This contest wanted to fight this problem by having a full team of the best African architect women of the moment.

The school has two main courtyards, a large playground, and a garden. The playground is mainly for outdoor activity (sports) and community events such as open markets and festivals. The garden has various kinds of local plantings, while the existing trees are mostly preserved. It is a local learning laboratory of horticulture, landscape, and gardening. These two courtyards are defined by the surrounding classrooms and the multi-purpose hall at the center. The building layout is carefully configured to preserve the existing trees and neighborhood views. The building orientation and its roof system are also designed to optimize natural light, ventilation, and rainwater collection for irrigation and toilet use. Solar panels are also integrated for lighting and other educational and community needs. Community gardens, pools, agoras are inserted between classroom modules, providing places to meet, discuss, and play. 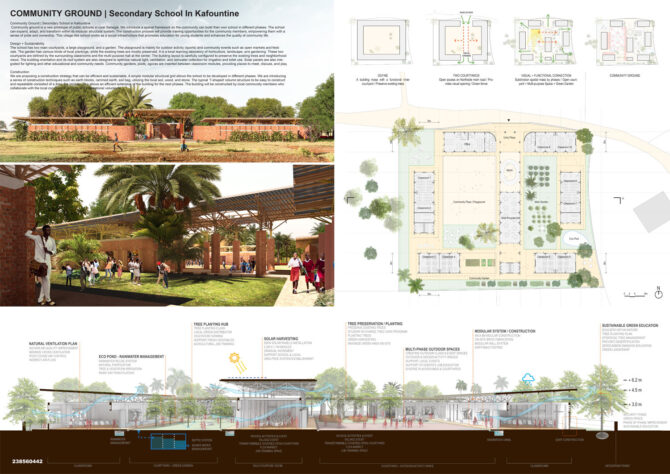 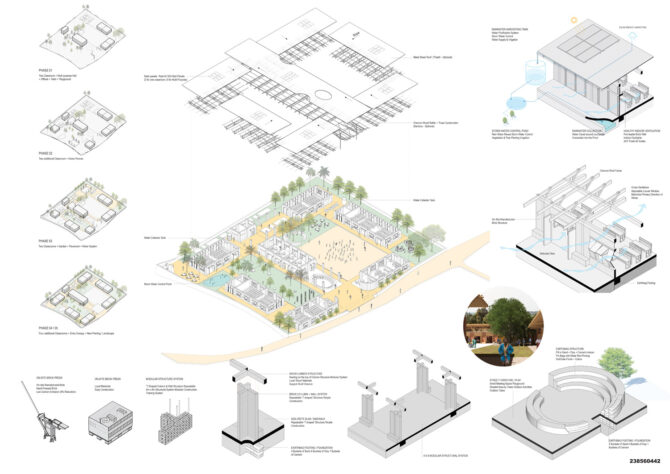 The project begins with the idea of a school that wants to be a forest. A place of discovery, of learning, and of growth. Following a sense of openness and organicity, rather than a fixed geometry, the architecture disassembles itself in modules and educational elements playfully accommodating between and around the trees.

The classrooms are conceived as open modules that dialogue with everything that surrounds them. The limit between interior and exterior is dissolved when the wooden walls fold completely and open to covered verandas on two opposite sides of the classroom. The veranda is an intermediate space that can be used as an outdoor, covered area, or as an extension of the classroom. This flexible quality and the proportions of the module allow for multiple configurations of the class setting.

Striving for simplicity and the prioritization of local materials, the construction is based on earth and timber primarily. A traditional, sustainable, and inexpensive system of rammed earth creates raw, thick walls that provide a natural feel to the buildings. The modules are crowned by a slender timber roof that allows for shade in the verandas and ventilation from stack effect inside. 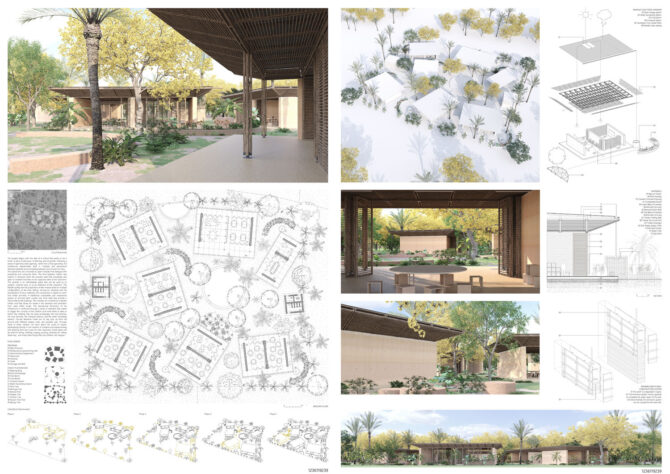 Our main goal is to cover the education demand in Kafountine but also to prove the potential of a simple construction technique so the community can use it in their own, trust in the strength of earth, and understand how they can ally with the context to improve the quality of their spaces.

This proposal promotes a collaborative construction system: the use of cob allows the project to be a result of everyone’s work, from the students that will sit in those rooms to learn to the professor that will teach them, as well as the rest of the community. The simplicity of the mud and straw that we’ll use to shape the walls shouldn’t be underestimated, the strength this structure achieves by joining each small ball symbolizes the potential we have as a society by working together for the wellbeing of the community. 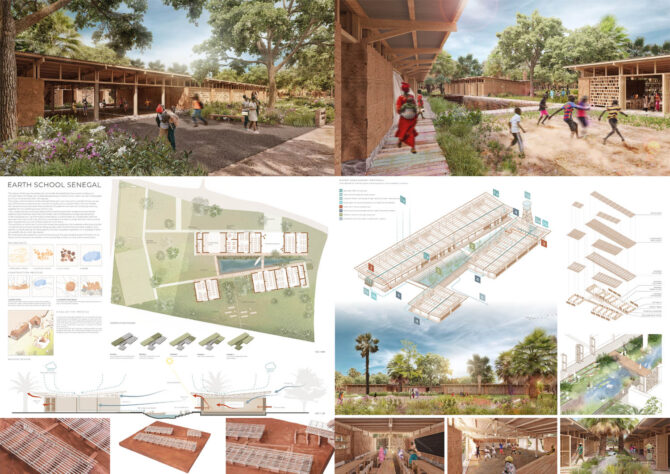 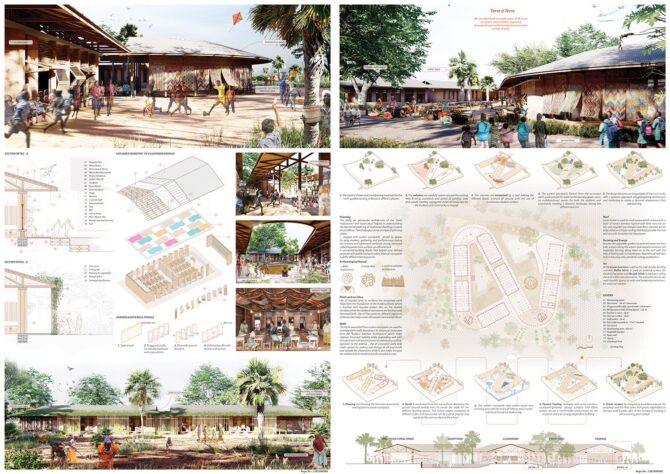 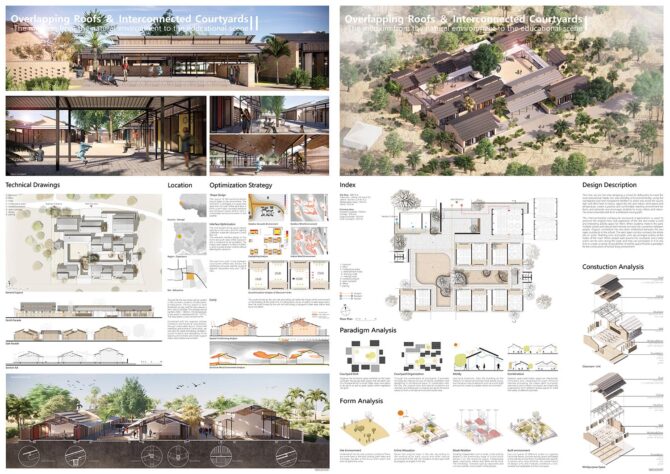