(Re)Thinking the modern dream of recent past

Hanoi Ad Hoc invites you to explore alternative possibilities for the post-industrial city. Industrial heritage continues to influence the physical fabric of Hanoi, as well as its social fabric through the everyday lives of people living in and around spaces of production.

We are told that the Modern Dream came from European colonial powers that transported their model of industrial progress to colonial cities such as Hanoi, Vietnam through a “mission civilisatrice.” However, modernity was and continues to be a malleable dream. Taken up by colonialists and Vietnamese nationalists alike over the course of the 20th century, industrial development tied city (re)building to socio-economic restructuring and nation-building within the context of Vietnam’s emergence on the world stage. The industrial paradigm was not only a mode of production, but created new urban publics of laborers and consumers, from colonial subjects to a modern and self-sufficient “new Vietnamese people” in the post-independence era.

Hanoi’s factories, once nodes of modernization that catapulted the city’s rapid urban transformation, have quickly since Vietnam’s free-market reforms of the 1990’s been displaced by an engine of undefined urban growth and sprawl. Seemingly forgotten remnants in the heart of a dynamic city, as many as 117 facilities have been or are slated for redevelopment according to city plans. As a post-colonial city, Hanoi contends with its industrial heritage through a fractured lens. On the one hand, the legacy of colonialism is one of contested values and the imposition of foreign agents. On the other hand, more nuanced local histories remain untold, yet are vulnerable to erasure by those motivated to selectively deny and discard history. At stake in the current transition is not only the artifacts themselves, but the opportunity to re-trace and contend with dreams of the recent past.

Hanoi Ad Hoc invites you to explore alternative possibilities for the post-industrial city. Industrial heritage continues to influence the physical fabric of Hanoi, as well as its social fabric through the everyday lives of people living in and around spaces of production. How can our understanding of modern history and the city’s industrial vestiges speak to our dreams today? What aspects of the “modern dream” can we evolve towards a more humane, equitable, and sustainable 21st century? Responding to a set of documented sites, projective designs will serve as provocations on the past and future lives of Hanoi’s factories.

This competition is open to international competitors.
There is no limit to the number or age of participants per team.
Teams are strongly recommended with regard to the sites’ scale. 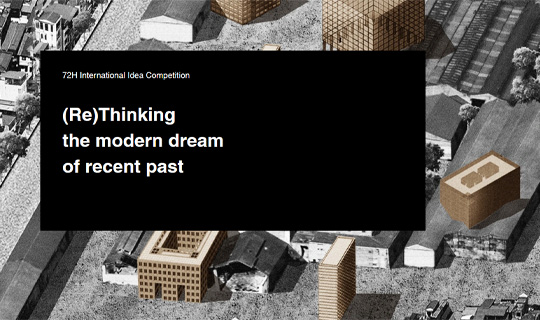