The Warsaw Concert Hall aims to represent a new icon for the city center, an element of significant value that becomes a cultural incubator for the entire local community. The complex will house inside a large concert hall including spaces for events – rehearsal rooms, recording studios, music shops – where young artists will be able to hone their musical knowledge. An important institution for culture which, in harmony with the progressive approach of European capitals, becomes an opportunity for urban regeneration.

Warsaw was born as a small fishing community to become, during the sixteenth century, the capital of Poland. The colors that characterize the city buildings gave the urban center a considerable reputation which was interrupted following the damage caused by the Second World War. The reconstruction that followed the conflict was so faithful that it gave the area UNESCO protection. The Jewish ghetto still preserves the damaged buildings to testify the period of persecutions; Wilanow palace and Lazienki park return a sense of austerity often celebrated by public concerts with which citizens retrace the noble musical tradition started here by the well-known composer Chopin.

(to be considered as design support; Surfaces and functions can be implemented at the discretion of the participants):

The winners will be announced on the website of the Association no later than the date of 26th of July2021. Will be deserving the first three works as well as any other projects which are not excluded special mentions. 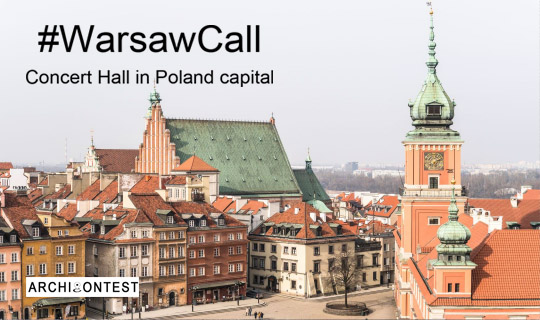