A Bridge Over Troubled Water

As part of our 2017/18 research theme discussing the infrastructural implications of the United Kingdom’s withdrawal from the European Union, the school has launched an international architecture competition for a fixed, above ground link connecting France with the UK.

​During the Anglo-French summit that took place on 18 January 2018, British Foreign Secretary proposed the idea of a 22 mile (35km) bridge linking the two nations.

The ‘Boris Bridge’ has been widely criticised, with both the importance of the Channel (la Manche) as a shipping lane of global importance, as well as Johnson’s history of flamboyant vanity projects (most notably the London Garden Bridge).

Within the context of the UK’s departure from the EU in March 2019, can a potential link between the island and continental Europe usher in a new era of cross-channel co-operation and free-trade, or is it simply another grand projet folly to divert from the real and perhaps insurmountable issues involved in untangling the UK from decades of EU integration.

The competition brief involves the design of a 22 mile bridge between the UK and France.

Historical schemes for such a proposal existing, but the project has recently been given new energy by the British Foreign Secretary and French President.

The competition is an ideas competition, and will not be constructed.

The competition site is, in some sense, at the discretion of the entrants.  Historic proposals have centred around the shortest distance between the two countries, between Calais and Dover, however other sites may be considered.

This competition has been designed to provoke thought and debate around the topic of UK/EU infrastructural co-operation after Brexit.

The winning entry will receive a prize of €2000. 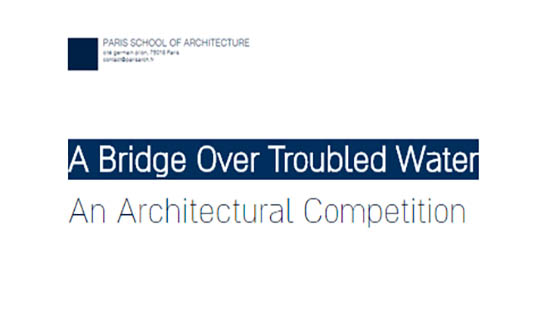