Dublin has a centuries-old history often interwoven with myths and legends and which testifies to its certain origin around the third century AD. In medieval times the city experienced impressive fortifications that the Anglo-Norman conquerors erected to curb the influence of the Irish natives; imposing religious buildings were built such as the church of Christ and the Cathedral of San Patrizio.

These monuments began to consolidate, over the centuries, the spread of a Georgian style, a fusion of Gothic, Rococo of English origin and Italian-style Palladianism. Exposed bricks are the material that characterizes local buildings, an element of recognition that still shines through walking through the streets of the city.

A language with which the Irland Cultural Center will have to dialogue to build a contemporaneity that knows how to give value to history. Conferences rooms, workshop spaces, and areas for debates will host meetings in continuity with the cultural influences promoted by writers and artists of the past. A place that will represent the Dublin of the 21st century in continuity with its own tradition.

WHAT IS THE MATERIAL AND CONTEST DEADLINE?

One A0 panel and the project report no later than the date of 01st of September 2021 (deadline 23:59 Dublin timetable). The works might be send in digital format to the mail: startfortalents@gmail.com

WHAT ARE THE PRIZES?

The announcement of the winners will take place on the association’s portal no later than 01st of September 2021. The first three works will be worthy as well as any other projects for which merit mentions are not excluded.

# The winners and the aforementioned are guaranteed lifetime participation in all our future competitions and will be present on our portal. 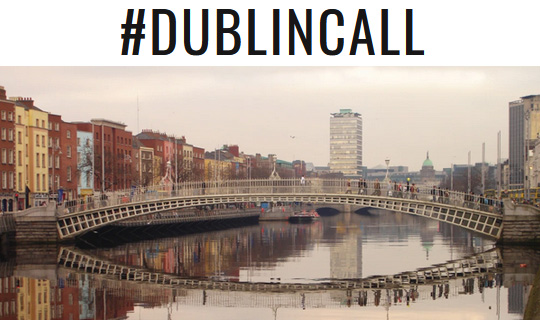