With the increasing population yet confined amount of resources available, many beings continue to struggle in search of a decent livelihood- a place to live, food to eat and a medium to commute.Being the only world level ‘alpha-city’ of India – MUMBAI, bears a lot of pressure as a city staging platforms to millions of dreams, livelihoods and lifestyles.

The city of Mumbai with a present population of over 21 million generates more than 17 million trips in a day. Although unlike other metropolitan cities in India, majority of Mumbai citizens depend on local trains and buses as their means of egress. With less than 20% of the commuters opting private cars or taxis, Mumbai might seem a very citizen friendly city, but
it’s not! Even this minor portion accounts to millions of vehicles on road, leading to congestion and longer traffic jams. The rail and road network expansion failed to keep pace with the traffic growth resulting in traffic problems.

The increasing death toll observed on Mumbai Local is an indicator of the over-the-limit utilisation of system. A number of proposals have been and are being made in order to minimize, if not eradicate, this problem of congestion and those coming attached to it. The mono-rail and metro networks are two such cases where a new system (to the city) has been
launched.

The challenge here is to propose a new system ‘Hyper Local’ for the commuters, and express the vision of how the city might appear in 2030. It is a new network that caters to existing and upcoming issues of Mumbai – and is not limited to commuting, but more.

Will your design drive more people to use the public modes of transportation? Or will it generate a balance between private and public modes making sure both congestion and over-crowding are taken care of? 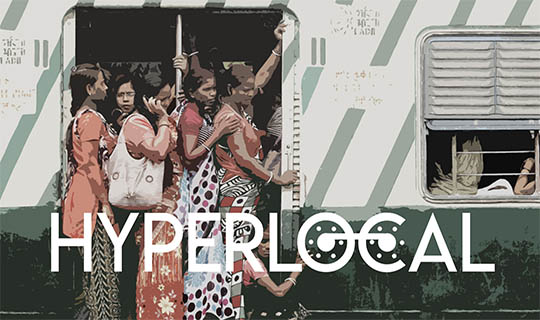