Architecture has found a strange and unexpected enemy in ISIS, which has destroyed and looted countless religious buildings, monuments, archaeological sites and works of art from different cultures and religions, most of them considered World Heritage Sites by UNESCO.

REFUGEES AFTER WAR
​The continued fighting in Mosul (Iraq’s second largest city) since ISIS chose its Al-Nuri Grand Mosque to declare the Islamic Caliphate in 2014 has led to many of its inhabitants to leave their homes in search of more secure places. This dramatic situation has been greatly aggravated by the fighting that the Iraqi army has waged in recent months to wrest control of the city from the ISIS.
​But, once the noise of bombings and explosions has ceased in Mosul, life is beginning to sprout again in its streets and neighborhoods with the return of thousands of former inhabitants who are becoming refugees in their own city. Now it is time to think about their future away from the war that has dominated their lives in recent years as the rubble disappears and the city gradually regains its normality.
For this reason, Archstorming has chosen Mosul to place its new project in an attempt to propose solutions that mitigate and alleviate the suffering of its population.

CHALLENGE
Archstorming is looking for proposals to create an infrastructure that provisionally shelters all the refugees who wish to return to Mosul while their homes are rebuilt and the city regains its living conditions.
The infrastructure is considered as a temporary solution that seeks to receive refugees in a humanitarian emergency and return them as citizens integrated into society.
To achieve this, there will be two different areas. The first, named Urgent Humanitarian Aid, is thought for receiving and caring the newly arrived returnees. It can include spaces for family registration and reunification, basic emergency health and vaccination assistance, a psychological care area, massive housing infrastructures, storage areas and distribution of humanitarian aid (mattresses, mats, food kits, etc.), collective canteens, as well as places for religious worship and spaces reserved for leisure and sports.
The second area, called City Reintegration Zone, aims to reintegrate refugees into society after years of uprooting and will seek to secure a future for families, once they meet their most urgent basic needs in the first area. It should be provided with individual housing for each family unit, area for the education of minors and for the professional training of adults, primary care medical center, public spaces for coexistence, places for religious worship, green areas, a market where new citizens can work and start up their businesses, as well as citizen service offices to receive their demands and suggestions.
The provision of services and facilities that we propose for the two areas is orientative and is open to any modification by the participants. 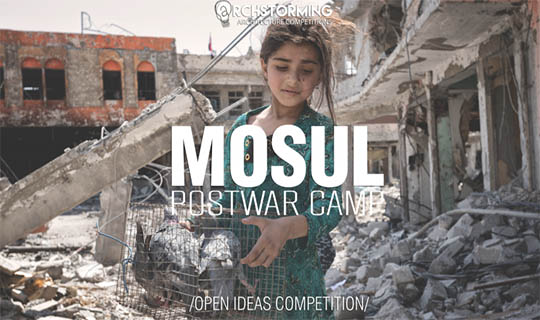