The oriental establishments of the Middle-East, Northern Africa and some parts of Europe all mention the bustling marketplaces in their popular culture. They weren’t just the main centers of trade and business, but were multifunctional entities that contributed to the social and cultural exchange between people and civilizations. These marketplaces were called by different names in different regions and languages; Bazaar in Persian, Souk in Arabic etc. Today, bazaars tend to be found in a city’s medina (old quarter) and are often important tourist attractions.

A bazaar was originally an open-air marketplace that were held outside cities at locations where incoming caravans stopped and merchants displayed their goods for sale. Bazaars often extended beyond buying and selling goods to include major festivals involving various cultural and social activities. These bazaars formed networks, linking major cities with each other in which goods, culture, people and information could be exchanged.

Istanbul, one of the oldest living cities of the world is the bridge between the East and the west as it has embraced both the eastern and the western civilizations. It is home to the Grand Bazaar, the oldest and biggest bazaar in the world that was the socio-economic center of the city at one point of time. As the contemporary influence grows, traditional bazaars are morphing into shopping arcades and malls that are more systematic in their approach. The arcades bring the global culture with them, which is fairly common everywhere in the world. It creates a cultural and social vacuum as these contemporary arcades eliminate the ‘local’ element from these shopping clusters and emphasize on the economic aspect of trade.

The aim of the competition is to design a pop-up bazaar in the heart of Istanbul with the aim of replicating a traditional market in a contemporary way. The proposal must be a poetic response for a temporary/semi-permanent market that attends to its primary function and become a vital urban insertion in the culturally-rich ecosystem.

The proposal must create an avant-garde and innovative module for a market space in a contemporary fashion, while reflecting on the oriental nature of a bazaar typology. The proposal must generate a discussion about the co-relation of community and street commerce under a single roof.

The proposal must strive to create a dynamic multifunctional envelope that can incorporate many functions and use the space optimally. The proposal must add a new dimension to a ‘pop-up’ typology by putting the envelope/structure to different uses during different times/days according to their narrative.

The market must become an important landmark for the neighborhood and an architectural icon that attracts more and more people. The pop-up market should become a strong reference point that would generate awareness towards the preservation of traditions and adopt a cohesive relationship with the modern setup.

This is an open international competition hosted by archasm to generate progressive design ideas. There are no plans for the market to be built. The competition is organized for education purpose only. 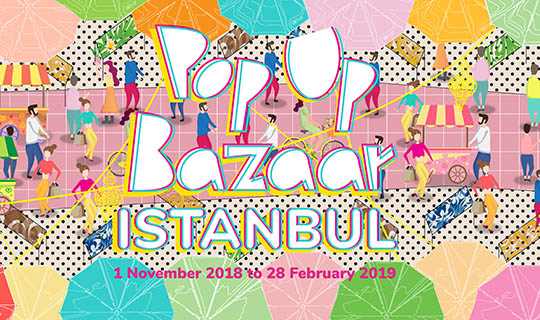