The City of Québec is launching an international ideas competition, Rethinking Our Rivers, to collect distinctive, innovative proposals on developing Québec’s waterways.

Québec City is well known for its vibrant culture and historical heritage. Now the time has come to focus on its rich natural heritage, especially its rivers, with a view to transforming them into a new, must-see Québec City attraction.

Four rivers to rethink
There are four rivers—the Cap Rouge, Saint-Charles, Beauport, and Montmorency—within City limits. Each has its own specific characteristics, but all are major tributaries of the St. Lawrence River. In this sense, each has played a key role in the city’s ongoing development. Now the goal is to breathe new life into these rivers by giving them a major boost.

This is a single-phase, multidisciplinary competition that is international in scope. It is open to :

They can propose ambitious yet realistic concepts to guide the transformation and conservation of Québec City’s rivers, their banks, and the natural and developed areas that border them.

The main purpose of the international competition is to inspire city officials to develop and implement a master plan to meet the following objectives: 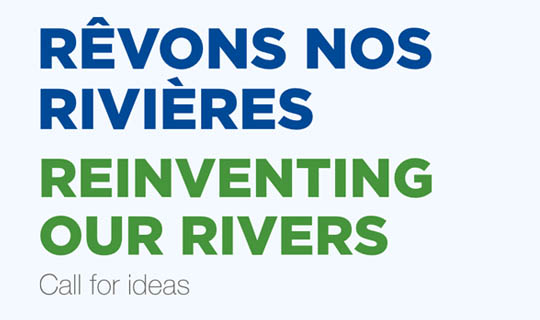