ISOLA PEPE VERDE AND ISOLA ART CENTER INVITE ARTISTS AND ARCHITECTS TO SUBMIT A PROPOSAL FOR OUR OPEN CALL TITLED “SPROUTING MINDS” WITH THE OBJECTIVE TO REDESIGN ISOLA PEPE VERDE’S GARDEN IN MILAN.

It will be assessed by an internationally renowned jury and requires participants to realise, in a chronological sequence (3 lots in 3 sequential stages), a design proposal that rethinks the space of isola pepe verde while maintaining the functional needs and its collective and shared identity.

In particular, the competition calls for a project that could transform the entire site, but with a specific focus on the playground, the first area intended for renewal.

The project must serve as an alternative to the city’s urban or “global” public spaces which reflect a toneless international design: in this sense, the playground becomes a hologram to reimagine an urban transformation rooted in actions that are molecular, identitarian and creative based on small-scale spaces and their interaction.

The theme of the game and the invention of new rules thus becomes the concept of the competition. The game is interpreted in two ways: first, as space/time practice able to generate new imaginative principles in a child; secondly, as an alternative to the opposing norms of the adjacent city.

The competition calendar is as follows:

The competition will award the following prizes and acknowledgements:

Before completion, the projects will be published and exhibited at Isola Pepe Verde. 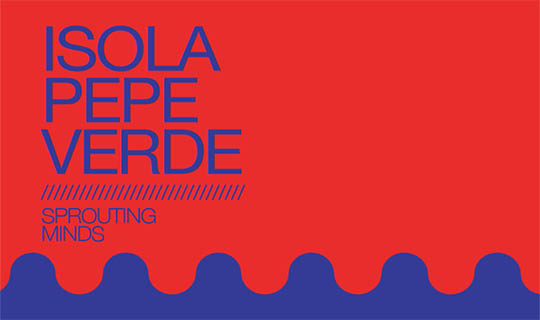