The 2018 edition of the contest will be based on the ongoing two-year project Harbour for Cultures (from now on: H/C). H/C draws inspiration from the real case history of how to convert and reuse the area of the Porto Vecchio (old port) of Trieste, which has remained unused and in a state of decay for decades. H/C is an incubator where creative minds of art curators, artists and thinkers from other disciplines re-interpret the usual functions of a port in view of shaping an image of a “new port”, with its interim state between arriving, belonging and leaving, where people freely exchange their own cultures (instead of goods), while assuring their values (a new idea of insurance…) so that new profits (benefits of art and culture) are earned by the many.
The H/C process is now extended by this call to designers, who, while enrolling to the 2018 contest, will challenge this utopia: a vision beyond geographical and mental borders to create a (near) future shared society.

WHICH OBJECT WOULD YOU IMAGINE TO FIND IN / BRING TO / TAKE FROM A HARBOUR FOR CULTURES?
Participants are asked to conceive an original and innovative item of contemporary design that should be useful in a possible harbour for cultures.

The Trieste Award challenge is to invent, in terms of social design or relational design, something pertinent to a harbour for culture – the 2018 subject of the competition – but peculiar for the area given of Porto Vecchio, which, with its specific characteristics of a once successful trading port, is now an industrial heritage site to be rethought for the modern life of the whole city.

The Trieste theme asks participants to develop design projects based on human relations needs and their social contexts. The goal will be to CREATE WAYS TO INTERACT WITH THE EXISTING REAL MAP OF TRIESTE’S PORTO VECCHIO BY INVENTING AN ORIGINAL AND INNOVATIVE OBJECT, OR A TEMPORARY STRUCTURE that has to be made from sustainable materials. The proposed project has to be led by one or more of the following principles: relational, interactive, inclusive, being of collective interest, able of gathering people, able to produce engagement.

The competition is open to all designers born in CEI member states (Albania, Austria, Belarus, Bosnia and Herzegovina, Bulgaria, Croatia, Czech Republic, Hungary, Italy, Macedonia, Moldova, Montenegro, Poland, Romania, Slovakia, Serbia, Slovenia and Ukraine) in compliance with its purposes. The 2018 edition of the contest has been extended to designers born in Estonia, Germany, Kosovo*, Latvia, Lithuania and Turkey as well.

Any groups competing should consist exclusively of members born in the countries listed above.

Any groups wishing to participate should fill out the application form with the name of the group leader and list the names, countries and dates of birth of the other group members.

(* This designation is without prejudice to positions on status, and is in line with UNSCR 1244 and the ICJ Opinion on the Kosovo declaration of independence)

Every participant entering the general contest’s section should mandatorily submit the following documents:

– Candidate’s CV;
– A copy of the Identification Document of the single candidate/group leader;
– The project of the original design object conceived for the competition, containing all the information required for its production;
– An account describing the rationale behind the conception of the new design object created.

Participants to the Trieste set theme’s section should mandatorily submit the following documents:

– Candidate’s CV;
– A copy of the Identification Document of the single candidate/group leader;
– The project of the original social design object or structure conceived for the competition, containing all the information required for its production;
– An account describing the rationale behind the conception of the new project proposed.

The format and maximum size of the documents to upload are specified in the online application form.

Participation in the competition is free.
Contestants should apply using the online form on the www.triestecontemporanea.it website.
Groups can participate in the competition. Any groups wishing to participate should fill out the application form with the name of the group leader and list the names, the countries and dates of birth of the other group members.
Each contestant can enter only a single project, unless entering one for the general theme of the competition and a separate one for the Trieste Award’s dedicated theme. Those wishing to participate in both the general section and the Trieste Prize section must complete two separate online application forms.

The application – completed with the material described in art. 5 – must be presented by midnight (Italian time) on 15th JULY 2018.

All material requested should be included directly in the online application form. Applications that are incomplete or submitted to the organising Committee by any means other than the online system will not be accepted.

The panel of judges, consisting of international experts and representatives from the Central European Initiative and Trieste Contemporanea, will select a number of best designs and award the various prizes. The panel’s decisions shall be final.
The Trieste Contemporanea website will announce the names of the members of the jury by 31st May 2018, and its decisions by 31st July 2018.

The works SELECTED by the jury will be published in an online catalogue on the Trieste Contemporanea website.

REALIZATION OF THE WINNING DESIGNS

PUBLICATION OF THE COMPETITION RESULTS

The competition results will be accessible online on the www.triestecontemporanea.it website. They will also be announced by the Committee through the international media.

The awards ceremony will take place in Trieste in September 2018. The winning designers will be invited to travel to Trieste at the organizing Committee’s expense in order to collect their prize. 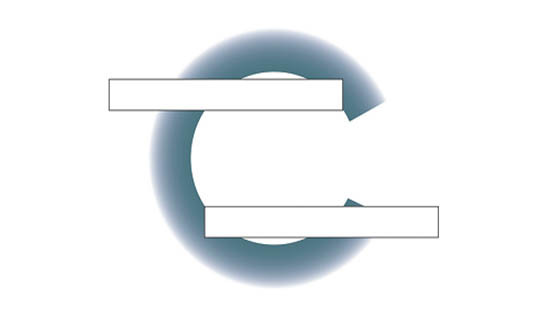