This design challenge has been conceived by Young Leader for Active Citizenship (YLAC) and Sensing Local and is being conducted in partnership with Janaagraha, Doddanekundi Rising and Banaswadi Rising. We invite proposals to reimagine two typical neighbourhood scale public spaces in two wards of Bengaluru – Doddanekundi (ward 85) and Banaswadi (ward 27).

The site in Doddanekundi builds on the idea of place-keeping where the aim is to strengthen the cultural grain of an ‘urban village’ amidst a rapidly urbanising fabric, through designing a shared public space that can be used by two disparate groups of residents in the neighbourhood (the locals and the migrants).

And the other site in Banaswadi builds on the idea of place-making where the aim is to revamp a long defunct buffer space on either side of a rajakaluve – an ‘urban void’, and design it to become more functional and usable by the residents of a neighbourhood.

The competition is open to both professionals and students from the field of architecture, urban design, public space design, spatial planning and other allied fields. The entry can be submitted as a team of individuals or as a firm/office. At least one member of the team should be residing in Bengaluru or be able to commute to Bengaluru for the public engagement events (visioning workshop and presentation to the community, if shortlisted).

The winners of the challenge will be selected based on the community and on the review of a jury of experts in the field. The winning proposals for each site will be given a prize money and will be supported by the organizing team to make a pitchto the BBMP and the Ward Committees for budget allocation and implementation. All the shorlisted proposals would be receiving a special certificate.
Prize money will be awarded to the top two ideas for each site:First Prize: Rs. 30,000Second Prize: Rs. 20,000 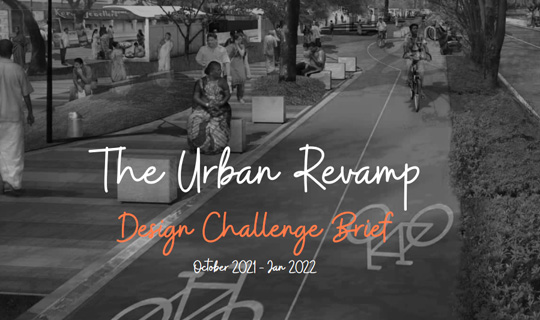